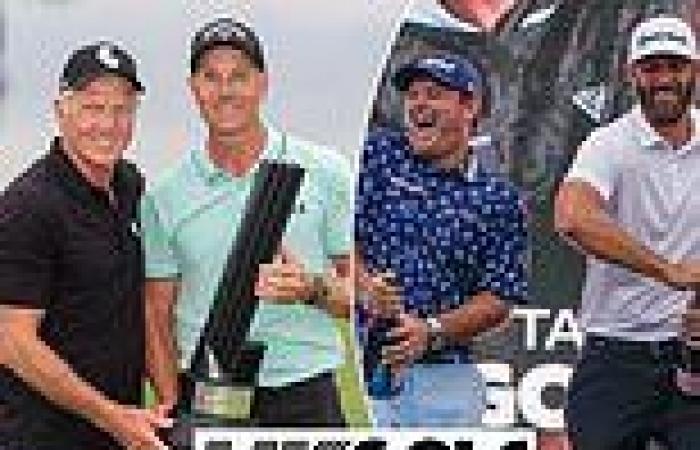 A LIV Golf lawyer implied that the Saudi-backed series has lied about prize purses after claiming winnings were 'recouped against' the rebels' mega-money contracts.

The breakaway, which is funded by Saudi Arabia's sovereign wealth fund, has lured some of the sport's biggest names away with lucrative offers and massive prize funds.

However, it now appears some of those players may not see a dime of those winnings.

On Tuesday, three LIV Golf players Talor Gooch, Matt Jones and Hudson Swafford had their request for a temporary restraining order (TRO) to be able to play in the FedEx Cup standings this week denied.

The trio are part of 11 players who filed an antitrust lawsuit against the PGA Tour after being suspended for playing in the Saudi-backed breakaway series.

During the hearing, one of the players' lawyers said that the money allegedly won during LIV Golf events is 'recouped against the LIV contracts.'

However, this contradicted insistences LIV Golf has previously made that the winnings are in addition to the mega-money signing-on fees some players have pocketed.

The prize purses were previously called into question after Golf Channel analyst Brandel Chamblee reported that the prize money presumably awarded at LIV Golf events was taken out of players' signing bonuses in June. 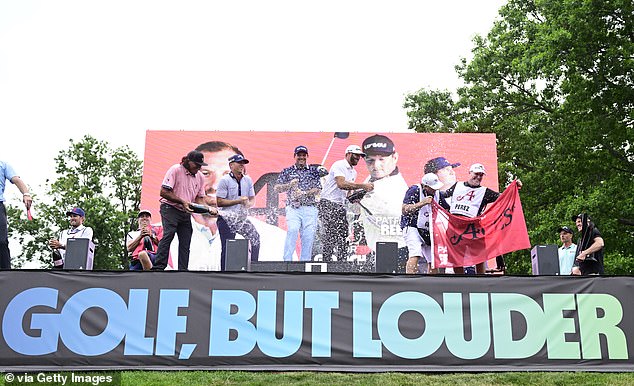 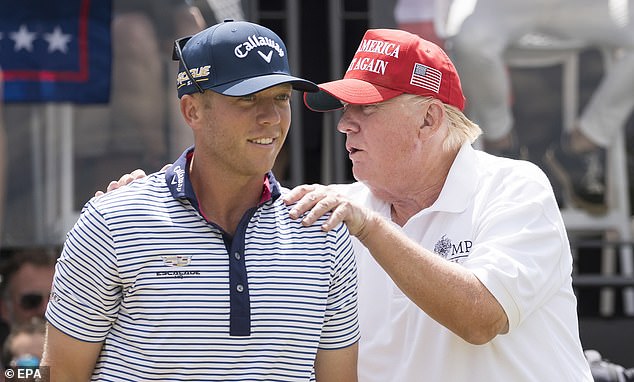 The revelation came during a hearing over Talor Gooch (right), Matt Jones and Hudson Swafford's request for a temporary restraining order to play the PGA Tour's playoff events

Later in the hearing, microphones picked up LIV Golf’s lawyers discussing the admission, according to Golf Digest.

Although the entire conversation was not audible, 'Chamblee' could reportedly be heard being mentioned by one of the representatives.

Brooks Koepka, Patrick Reed and Pat Perez were questioned by the media on the matter ahead of their introductory event in Portland at the end of June.

Koepka, four-time major champion, initially claimed that it was not the case before 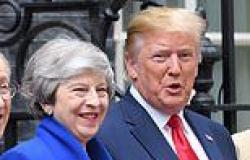 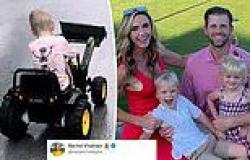 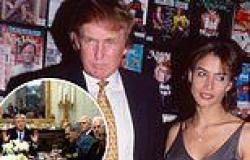 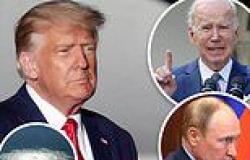 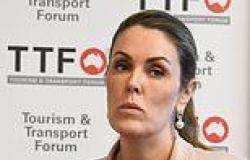