Pittsburgh Steelers wide receiver Diontae Johnson just landed a big contract, and he may need some of that money to settle a lawsuit that was recently filed against him. The company that organized Johnson's football camp, FlexWork Sports Management LLC, is suing the star wideout after he failed to show up for that camp, according to the Pittsburgh Post-Gazette.

In the suit, FlexWork alleges that one of Johnson's agents texted camp organizers just 13 minutes ahead of the scheduled start time to alert them that Johnson's flight from Sarasota, Fla. had been canceled. The plan from there was for Johnson to board another flight and arrive later in the day, but an alleged conversation between Johnson's agent and the camp organizers revealed that Johnson did not want to wait at the airport for another flight.

In total, FlexWork claims to have refunded $36,099.33 in registration fees, according to the Post-Gazette. The company also says it handed out that amount in credits to those affected by Johnson's absence.

The lawsuit refers to a personal service agreement that states Johnson was supposed to pay a cancellation fee of $2,250 in addition to all costs incurred by FlexWork, if he 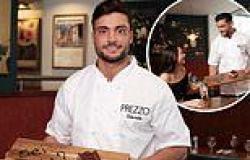 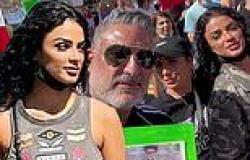