Compared to the regular season and even the preseason before it, training camp offers the most intimate environment for NFL players to connect with their fans. For fans -- especially young ones -- training camp is the best chance they get all season to meet their favorite players and share a high-five, get an autograph, or even collect some of their gear.

In the latter category, however, a few quarterbacks have had to make their fans earn something from off of their practice uniform. At Carolina Panthers training camp in Spartanburg, S.C., for instance, quarterback Baker Mayfield played rock-paper-scissors with a fan for the hat Mayfield was wearing.

Mayfield was not the only player on the Panthers to face off in rock-paper-scissors with a fan. All-Pro running back Christian McCaffrey did the same with an 11-year0-old fan for the right to a pair of McCaffrey's cleats.

One of the reasons training camp at Spartanburg is so special, memories like these!@CMC_22 | #KeepPounding | #NFL pic.twitter.com/ygUs5UmTNs

As rock-paper-scissors is a universal game, fans and players took part it in well beyond Spartanburg. At Cleveland Browns camp in Berea, Ohio, another young fan played the game with quarterback Deshaun Watson for his signed cleats.

Moments with fans at training camp go a long way toward players building a relationship with a fanbase, particularly in the case of both Mayfield and Watson. After being cast aside by the Browns in a blockbuster trade for Watson, Mayfield was traded to the Panthers last month to compete for the starting job with incumbent Sam Darnold. Mayfield has reportedly taken the lead in that competition, emerging as the favorite to be the team's Week 1 starter against his former team. 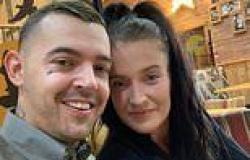 The DART mission is set to intentionally collide with an asteroid at 7:14 p.m. ...

The DART mission is set to intentionally collide with an asteroid at 7:14 p.m. ...