NFL training camps have somewhat of a throwback feel, and not just because some of the teams -- the Pittsburgh Steelers included -- conduct camp at a remote location miles away from hustle and bustle of the city they reside in. Fans and media attending practice are not allowed to record anything they see during live drills, which means that fans at home are resigned to media tweets and a few fan videos from the stands that find their way onto social media.

Four decades ago, rumblings arose in Alabama regarding a young athlete named Bo Jackson. Not many videos existed of him, but there were plenty of stories chronicling his seemingly superhuman exploits. The mythology surrounding Jackson ended up being prophetic as he ultimately became a two-sport superstar whose stardom was matched by only Michael Jordan.

The second coming of Bo Jackson is probably not at Steelers camp, but rookie wideout George Pickens has started to create his own legend from Saint Vincent College in Latrobe, Pennsylvania. Images and videos of Pickens' exploits have emerged on social media. On-site scribes have been busy documenting his highlight-reel plays. Players and coaches had added to the mythology of Pickens by offering their verbal accounts of his excellence.

A sequence during Wednesday's practice personified Pickens' training camp so far. During a two-minute drill, Pickens caught a deep pass from Mason Rudolph, moving the ball 30 yards. On the next play, Pickens made a balletic, one-handed catch in the end zone despite tight coverage from cornerback Levi Wallace.

Mitchell Trubisky, who has developed a quick rapport with Pickens, mentioned him when asked on Tuesday who has surprised him during the first three weeks of camp.

"Not that it's a surprise ... but George Pickens," Trubisky told CBS Sports HQ. "Definitely, George has stood out. The type of catches he's made, his ability to separate and go up and catch the football. And then, Calvin Austin, our two young guys, two great picks, and they're both going to be great players. We've just got to get the ball in their hands and let them do special things with it, because they're they're gonna be great players in this league."

Pickens has been a luxury for the Steelers quarterbacks, but a headache for Pittsburgh's defensive backs.

"He's good and he doesn't even know it yet, or he might do as much as he talks," safety Karl Joseph said with a laugh, via Jeff Hathhorn of 93.7 The Fan. "He's got a good group around him. He's got crazy abilities and he's been showing it."

Let's briefly go back in time to the second night of the 2022 NFL Draft. As the Steelers prepared to make their selection with the 52nd overall pick, many expected them to draft Skyy Moore, a dynamic wideout from Western Michigan who played high school football with the son of Steelers head coach Mike Tomlin. But Pittsburgh instead selected Pickens, whose draft stock dipped after he tore his ACL last spring. Pickens' resilience in working his way back to be on the field at the end Georgia's season impressed Tomlin and the rest of the Steelers' brass. His stellar pro day sealed the deal.

"I don't know that anything surprises me to be honest with you," Tomlin told CBS Sports HQ when asked about Pickens. "I was able to go to Athens and see his pro day, and sometimes, that's all you need from an evaluation standpoint. You get in-person and you see things at ground level at real speed. I don't think he's doing anything here that myself and the coaching

‘None of us have felt this’: Why Eels can take inspiration from Panthers mogaznewsen 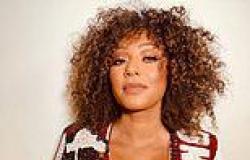