Week 1 NFL preseason action will heat up Friday with five games on the docket. Deshaun Watson's six-game suspension doesn't apply to the preseason, so Watson could play for the Browns against the Jaguars, but should you roster him in your NFL DFS lineups? Trevor Lawrence is expected to play a "couple of series" for the Jaguars after sitting out the Pro Football Hall of Fame Game against the Raiders last week, but does he provide value from the NFL DFS player pool?

The 49ers will also open their preseason against the Packers, and all eyes will be on Trey Lance, but will he see enough playing time to warrant being one of your NFL DFS picks? Before locking in any NFL DFS picks for Week 1 of the NFL preseason, be sure to check out the NFL DFS advice, player rankings, stacks and top daily Fantasy football picks from SportsLine's Jacob Gibbs.

Gibbs uses a data-driven approach that has helped him consistently provide accurate rankings at every position. He has proven to be one of the nation's most accurate Fantasy rankers in recent years, posting the eighth-most accurate results over the past three seasons, according to Fantasy Pros.

Gibbs analyzes each incoming rookie class in detail and is familiar with the entirety of each NFL team's offensive depth chart. He also closely monitored training camp reports this summer and has a feel for which players are poised for strong preseason performances. If there's anybody who can give you an edge in preseason NFL DFS, it's him.

Now, Gibbs has turned his attention to the Week 1 of the NFL preseason on Friday night and locked in his top daily Fantasy football picks. You can only see them by heading to SportsLine.

For Week 1 NFL preseason games on Friday, where every player is priced at $5,500 on DraftKings and $6,000 on FanDuel, we can tell you one of Gibbs' top picks is Eagles running back Kennedy Brooks. After rushing for nearly 8,000 yards and 100 touchdowns while playing high school football in Texas, Brooks cracked the 1,000-yard mark three times for the Sooners but wound up going undrafted in 2022.

However, he's in the mix for a roster spot with the Eagles and the expectation is that he'll see plenty of playing time and touches on Friday. Brooks isn't a home-run hitter, but he has the ability to change gears seamlessly and uses that subtle movement to keep tacklers off-balance.

Gibbs is also rostering Falcons quarterback Desmond Ridder, who was a third-round pick in the 2022 NFL Draft and is expected to see a healthy share of the opportunities at quarterback for Atlanta. Ridder threw for 10,289 yards and 87 touchdowns with just 28 interceptions in four years as the starter at Cincinnati and made progress as a passer in every season.

However, NFL DFS players will probably be most interested in what he can do with his legs after he rushed for 2,180 yards and 28 touchdowns with the Bearcats. Marcus Mariota is expected to be the starter in Atlanta, but Ridder could apply pressure with a handful of strong preseason performances and he should see plenty of playing time on

Aaron Rodgers on recent issues with NFL concussion protocol: 'We've got to police ourselves' 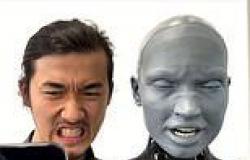 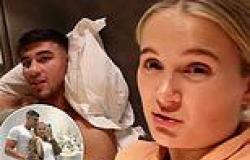