The Carolina Panthers are hosting one of the few quarterback battles this preseason, although many believe they already know who will start Week 1 when the Cleveland Browns come to town. The Panthers traded for former No. 1 overall pick Baker Mayfield this offseason, and it will be him who starts when Carolina takes the field for its first exhibition game against the Washington Commanders Saturday.

Per the Panthers' official website, Mayfield will play just the first series, Sam Darnold will play the second series and then P.J. Walker and rookie Matt Corral will play the majority of the matchup. While the Panthers have been splitting first-team reps between Mayfield and Darnold, NFL Media reported earlier this week that "it's clear that this is Baker Mayfield's job to lose."

In Darnold's first season with the Panthers in 2021, he threw for 2,527 yards, nine touchdowns and 13 interceptions in 12 games played while going 4-7 as the starter. While he has just one more year remaining on his contract, last season forced the Panthers brass to reconsider the quarterback position and bring in competition. They did just that by trading for Mayfield and drafting Corral.

Panthers head coach Matt Rhule has said that he won't name an official winner of the quarterback battle until at least after the Week 2 preseason game vs. the New England Patriots.

"When we know, we know," Rhule said. "If we knew for sure, we would say it and just move on with it. When 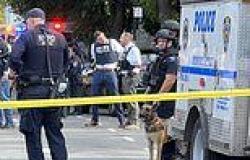 'Out of sight and out of mind': COVID deaths in aged care have soared, but are ...

Referendum for Indigenous Voice to Parliament to be held next financial year, ... 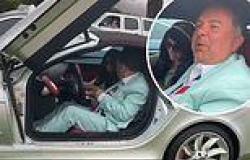