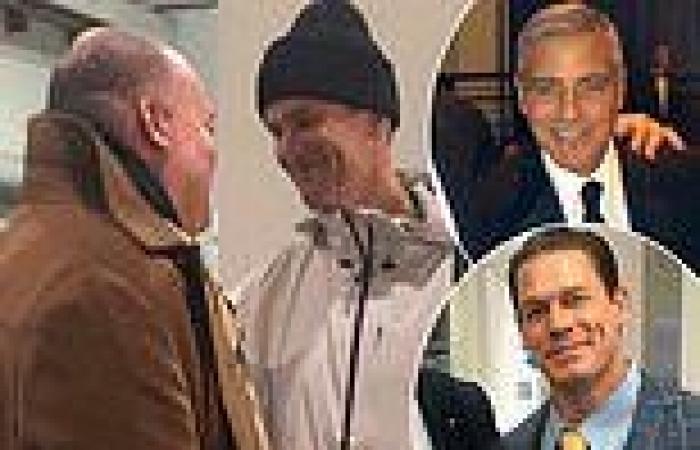 There are few things in this world which take your eyes away from New York's Empire State Building. Yet here we are Wednesday lunchtime, the sun kissing a table which lies in the shadows of the city's most iconic presence.

Rich Salgado's aura ushers your eyes away from the modern-day mecca. Perhaps it's his 6-foot-4, 320lbs frame? Rather, once he speaks, it's hard not to listen.

The man they call 'Big Daddy' was put on this planet to do something. Right now, it's detailing his story layered with anecdotes of pizza, Tom Brady -- Jr. and Snr. -- Super Bowl parties and snoozing where others would not dare.

Beyond this, it's a life that takes some explaining. Who is Big Daddy? What does he do? Those are questions often asked, sometimes by the most recognizable faces. 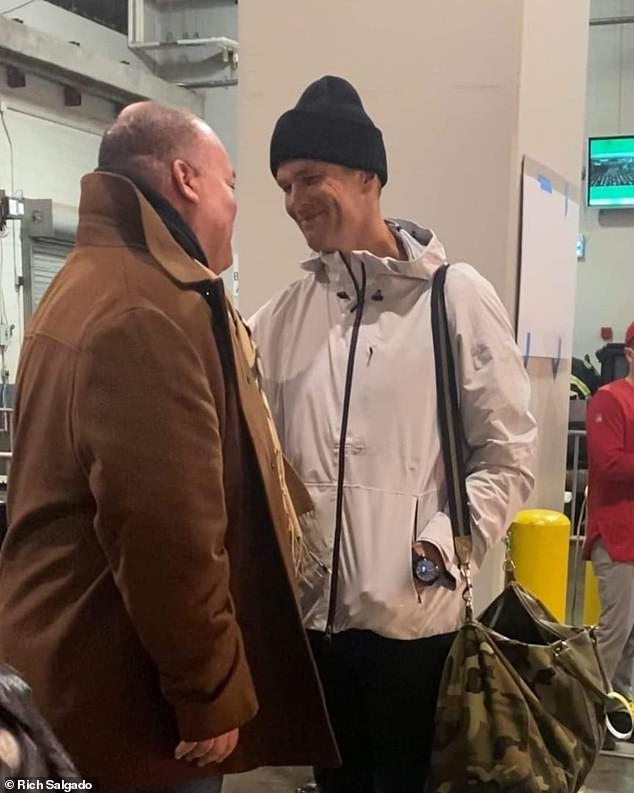 Salgado is an insurance agent, first and foremost. 'I provide insurance just like State Farm or any insurance person out there. I do it all,' he tells Dailymail.com.

But for now he sits in his native New York, some 20 miles from his Garden City home, looking down upon the streets in which few walk taller.

Salgado regales with anecdotes involving football's most famous face, Tom Brady. Taking him to a Rangers game at Madison Square Garden, witnessing his first Super Bowl win and being invited back to the New England hotel to celebrate. Salgado doesn't know how.

'The big joke is, "Have you ever seen Where's Waldo? And then there's Big Daddy!" I always made it a point to be out in front,' he says. 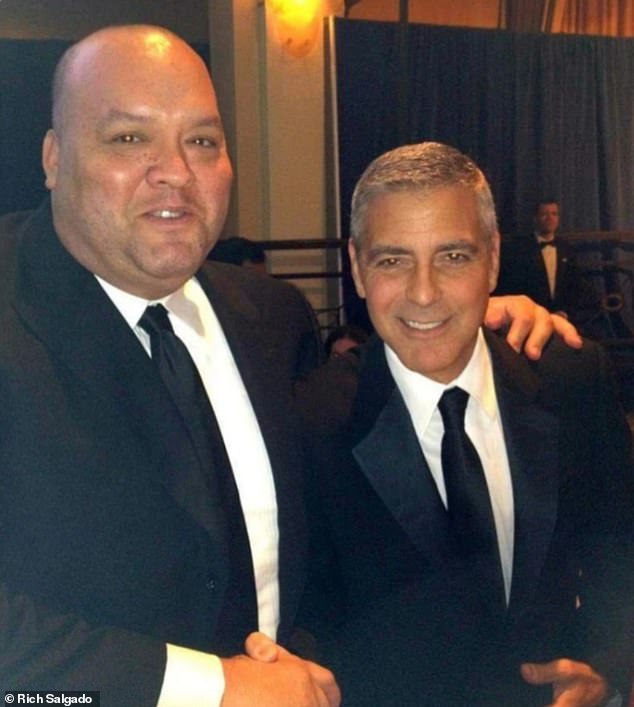 Big Daddy and George Clooney met at the Correspondence Dinner, with the actor becoming infatuated with Salgado's Super Bowl ring

'What I mean by that is, always letting people know who I am and what I do. That is what I think allows me to gain the respect from people.'

Which lends itself to casual interactions with people like NFL commissioner Roger Goodell.

'We were at an owner's meeting and I was introducing myself: "My name's Rich Salgado", and Roger said, "No, that's not right! That's Big Daddy!"

'I'll introduce myself as Rich Salgado, then Big Daddy kind of takes over because it's easier than Rich Salgado.' 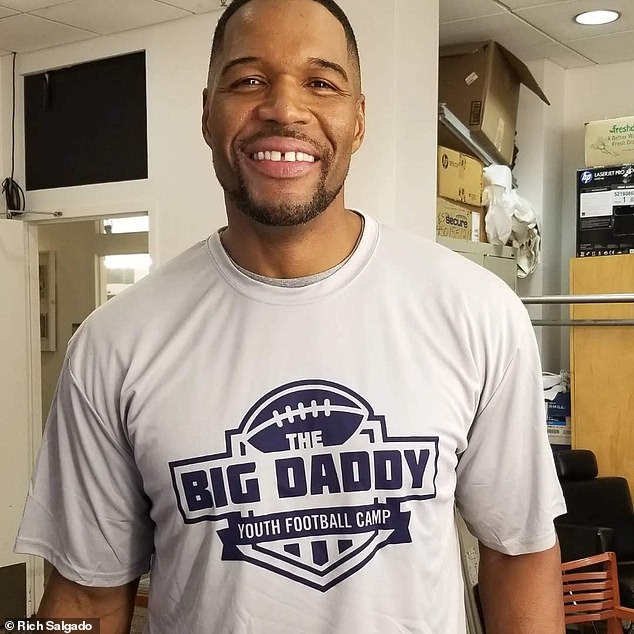 Salgado and Big Daddy are more than symbiotic, they are one and the same.

He is a character, a larger-than-his-frame personality, possessing the wit of a court jester and the warmth of a September Miami night.

If it's not his size or gregarious personality catching the eye, then his swag picks up the slack. The glitz of a Super Bowl ring -- given to him after insurance work for the Giants -- helps.

'George Clooney sees me wearing it and it's pretty shiny. You could see it from across the room, and George came over and he goes, "Man, I couldn't stop staring at that rock, what is that thing?" So I said, "Here put it on." 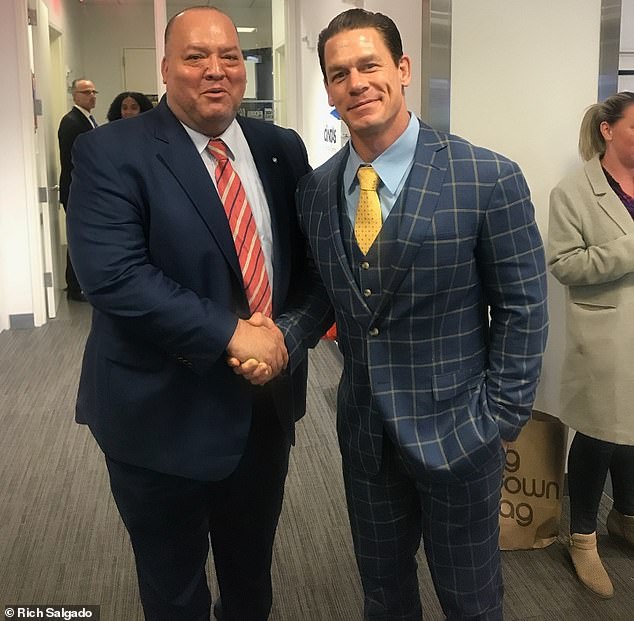 Salgado has met endless celebrities over the journey, including WWE legend John Cena

'He says to me, "Where are you sitting, Big Daddy?" And I said, "I'm sitting right there," pointing to the Fox News congregation at a Correspondence Dinner.

'He goes, "Oh, you're sitting at the Death Star table." He came up to me afterwards. I didn't think I would be striking up another conversation with him but I'm confident enough that I can hold a conversation.

Though there was once a time where conversing was a skill he needed to acquire -- in English at least. 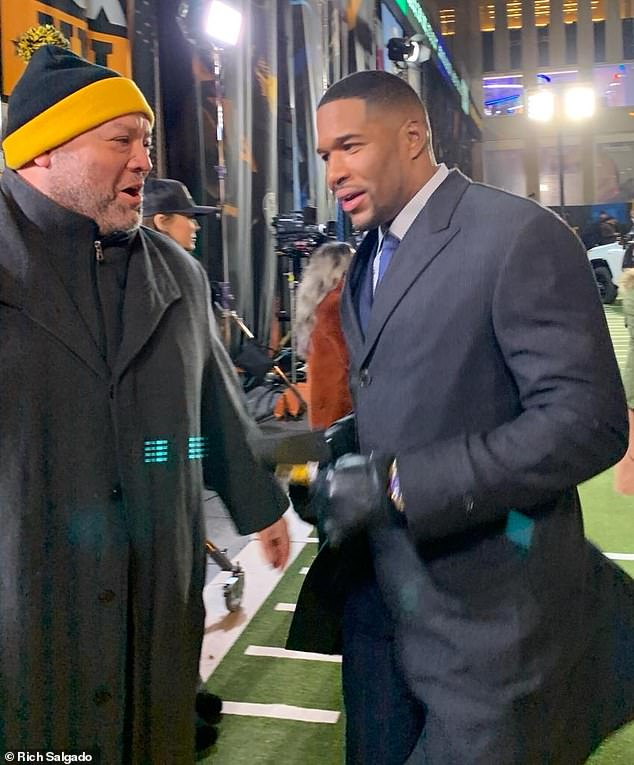 Strahan is considered a 'brother' to Big Daddy, who would often visit the celebrity on set

Barely a year old, Salgado was sent to Peru to live with his grandmother. Not returning to the United States for five years, he had to start over again in language, culture and family -- returning to parents who he had 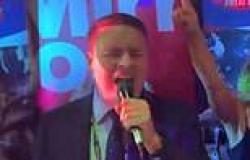 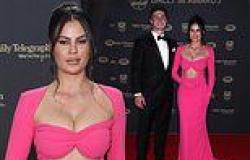 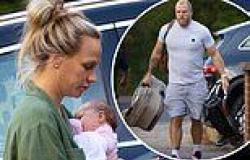 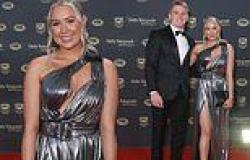