Last week, we got our first taste of a full slate of NFL football during Week 1 of the preseason. While it does not quite generate the hype of the regular season, each week of the preseason means we are that much closer to games that count.

As we head into preseason Week 2, this is the week we will likely see more starters as they prepare for the regular season. The preseason is only three games now, meaning after this week we just have one more chance for teams to narrow down their roster and make decisions on how their team will shape up.

Once again we have you covered with previews of some of the best games. Here are the top five games to watch this week:

This week, Packers quarterback Aaron Rodgers got candid about the team's young wide receivers, criticizing dropped balls and missed routes. Green Bay's quarterbacks and some offensive coaches then had a meeting with the receivers, who have been open to learning from the former Super Bowl champion.

Rodgers won't play again this week, but I am curious to see how the receivers look after some missed opportunities in their last game.

On the other side, I want to keep an eye on the offensive areas surrounding the quarterback for the Saints. Jameis Winston will need support, and for the younger guys the time to prove themselves is now.

The Pittsburgh Steelers are an intriguing team to watch this offseason, specifically their shift from long-term starting quarterback Ben Roethlisberger. The quarterback competition between Kenny Pickett, Mitchell Trubisky and Mason Rudolph is one we will get more clarity on this week.

Even once the team has a set starter, with none of these QBs standing far above the others, things could certainly change if that starter struggles. Getting a good look at the backup quarterback is important on any team, but especially one that does not have a proven player leading the offense.

There is so much the Jaguars need to improve on after last season, it is hard to pinpoint just one area to watch, but this week I will be looking closely at their defense. They added many pieces, including No. 1 overall pick Travon Walker, to their squad in hopes of improving.

The Vikings have a new coach in Kevin O'Connell and this change could help push them from the brink of the playoffs to actually making the postseason. Winning the division seems a tall task as long as Aaron Rodgers is the Packers' quarterback, but the Vikings are that middle of the road team that could improve and find themselves extending their season.

The Vikings running back situation is solid, with backups Ty Chandler and Kene Nwangwu both putting on a good performance in the first preseason game.

These teams had joint practice this week and the Niners defense had some highlight moments, including George Odum intercepting Kirk Cousins, and Nick Bosa, well, doing Nick Bosa things. How many snaps new 49ers starting quarterback Trey Lance gets and what he does with those snaps is something I will be watching for.

This week, Titans head coach Mike Vrabel addressed the play of Malik Willis, talking about the rookie quarterback's decision-making and release time in the preseason opener, saying it needs to improve. Willis agreed he has a lot to work on and is focused on watching film and improving. Willis struggled during the joint practice in the two-minute drill. He will need to use whatever preseason reps he gets to the fullest.

Tom Brady has been absent from practice, giving more opportunities to Kyle Trask and Blaine Gabbert. The wideouts do not get the opportunity to work with Brady as much as they normally would, but knowing how TB12 is, he will ensure things are smooth by the time the season begins. This is a time for players to step up with the seven-time Super Bowl champion gone. 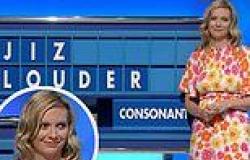 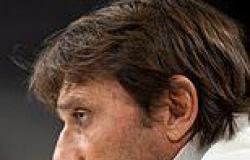