The Chiefs have played well and the Colts have struggled, so you might be tempted to take Kansas City over Indianapolis with your Week 3 NFL survivor pool picks. The Chiefs are 6.5-point favorites in the latest Week 3 NFL odds at Caesars Sportsbook, but Patrick Mahomes, Travis Kelce and company are likely to be favored for most of the 2022 NFL schedule. Would it be strategic to utilize Kansas City in your NFL knockout pool picks this week? If you save a Chiefs win and a Colts loss for later in the season, who should you back with your Week 3 NFL picks? Before finalizing any Week 3 NFL survivor picks, see which team the red-hot SportsLine Projection Model just went all-in on.

Now, it has turned its attention to the latest Week 3 NFL odds from Caesars and locked in its Week 3 survivor pool pick. You can only see who the model is backing this week at SportsLine.

In Week 3 of the 2022 NFL season, we can tell you the model is shying away from the New York Giants (2-0), even though they are home favorites over the Dallas Cowboys (1-1) on Monday Night Football. Just a handful of teams are still undefeated, but New York may have had the least convincing path to get to 2-0. A missed field goal as time expired by Tennessee allowed the Giants to win in Week 1 and they beat Carolina in Week 2 despite being outgained in yards. New York's point differential of plus-four is by far the worst amongst 2-0 teams, and several 1-1 teams have better point differentials.

Then there's the fact that Dallas has owned this rivalry over the last five years. The Cowboys are 9-1 against the Giants since 2017, and while Dak Prescott won't be under center come Monday, Ezekiel Elliott will still be in the backfield. His last 100-yard rushing game was against New York in 2021, and he's scored six touchdowns over his last four games against the divisional foe. Even though the model has New York winning in over 50% of simulations, recent history has the model saving the Giants for another week. See which team to pick 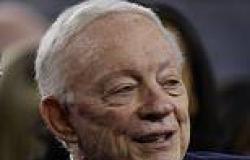