Patrick Mahomes on what he learned from 2021 season, playoff loss to Bengals: 'You can't relax at all'

Patrick Mahomes has been the starting quarterback of the Kansas City Chiefs for four-plus seasons, and in each of the full seasons he's played, the Chiefs have hosted the AFC title game. They've made it to the Super Bowl twice and won it once. Last season was the first where Mahomes and the Kansas City offense struggled for an extended period, and where they lost a playoff game they unquestionably should have won.

From Weeks 5 through 9, Mahomes completed just 60.3 percent of his passes at an average of 6.0 yards per attempt, throwing six touchdown passes against six interceptions as Kansas City went 3-2 but averaged only 17.4 points per game. He and the rest of the offense got back on track through the rest of the regular season and first 2.5 playoff games, but the second half of their AFC championship loss to the Bengals was pretty ugly.

Kansas City led 21-10 at the half, and had a chance to go up by more, but Mahomes threw an ill-advised pass to Tyreek Hill just before halftime that allowed the clock to run out rather than giving the Chiefs a chance to kick a field goal. In the second half, they managed just three points, and lost 27-24. Mahomes says he learned a big lesson from the season's struggles, and from the loss to Cincinnati.

"You can't relax. That was the biggest thing," Mahomes said, per The Athletic. "Every game I had played in the playoffs, for the most part, it was back and forth and we had to battle to the very end. We got up a lot and we just relaxed. Then (the Bengals) got the momentum and we couldn't turn it back on. That's something I'll hold for the rest of my career. We've won one Super Bowl. But you want to have at least two or three by the next few years."

The Chiefs are off to a 2-0 start to this season, and Mahomes is 54 of 74 for 595 yards and a league-high seven touchdowns, with zero interceptions. (He did try to throw at least a couple picks against the Chargers last week, only to see them get dropped or overturned by penalty.) This weekend, he has a date with 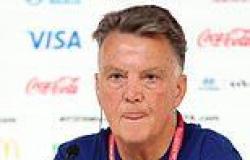 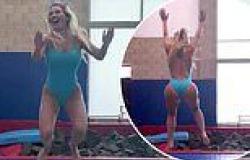