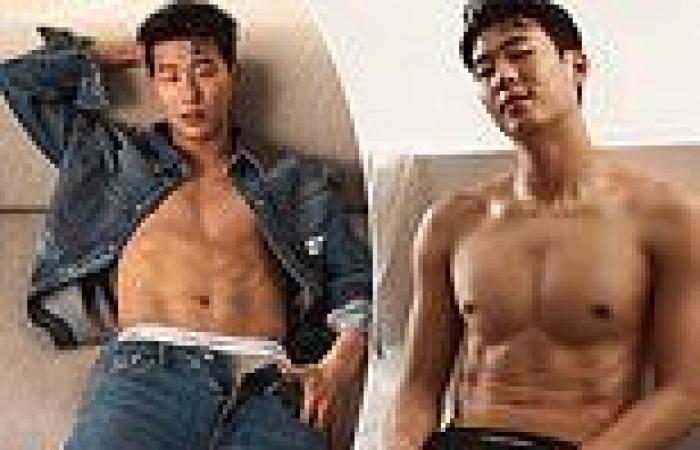 PICTURED: Son Heung-min poses for Calvin Klein, with Tottenham's South Korean star now the face of their latest campaign in his home country Tottenham's Son Heung-min is now the face of Calvin Klein out in South Korea The Spurs forward posed in a range of their underwear after taking up the role He has followed in the footsteps of the likes of Man United icon David Beckham

Tottenham's Son Heung-min is the latest football star to have bagged a deal with Calvin Klein after becoming the face of the company in his native South Korea.

Son, who fired home a hat-trick in his last outing for Tottenham after a difficult start to the season, was recently unveiled as a Calvin Klein band ambassador while posing in their underwear range.

The 30-year-old will be representing the fashion label in South Korea, a role he is delighted to have landed.

'Calvin Klein products have had a special place in my