A matchup between two contenders who recently met in the Super Bowl is scheduled to take place Sunday night, as Patrick Mahomes and the Kansas City Chiefs are set to visit Tampa to face Tom Brady and the Buccaneers. However, Hurricane Ian has changed how the teams are preparing for the important showdown, and may even reschedule the game altogether.

Hours after the National Hurricane Center upgraded Ian to a Category 2 storm on Monday, the Buccaneers finalized plans to evacuate Tampa on Tuesday and spend the rest of the week practicing at the Dolphins' training facility in Miami, according to CBS Sports Lead NFL Insider Jonathan Jones. Since the Dolphins play the Bengals on the road this Thursday, their stadium and fields were available for use.

In the meantime, the NFL is continuing to monitor storm developments to determine whether the Buccaneers' Sunday night matchup with the Chiefs can proceed as scheduled in Tampa.

According to the Tampa Bay Times, Buccaneers head coach Todd Bowles previously said Monday that the team is working with the NFL to make contingency plans in case they are forced to move Sunday's game.

"Right now, we're still monitoring things but we're working things out with the league and we should have a decision hopefully later on today about what we're going to do," Bowles

PREV sport news England fans visit four-star beach in Qatar but discover it's a lifeless ... trends now
NEXT sport news Holland use Charles Barkley as a source of unlikely motivation ahead of USA ... trends now 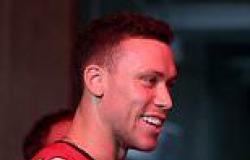 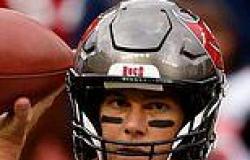