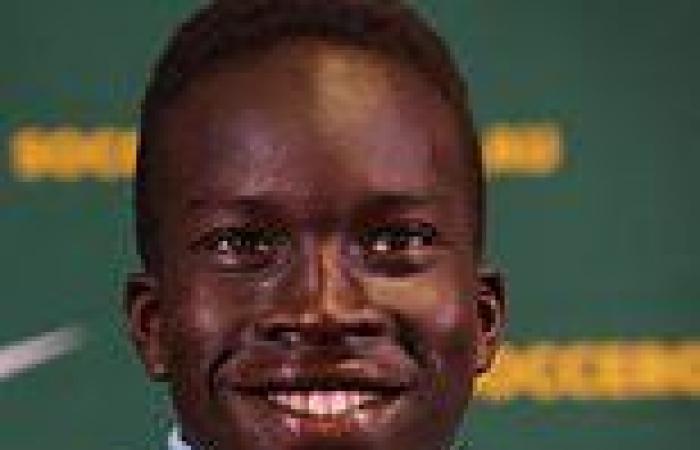 Garang Kuol's mother revealed the community spirit of a country town in rural Victoria deserves credit for her son achieving his life-long of playing for Australia.

The 18-year-old became the youngest player to be called up to the Socceroos since Harry Kewell, when he was included in the squad for two friendlies against New Zealand as Graham Arnold's men fine-tune their preparation ahead of the World Cup.

And his mother, Antonita, believes none of it would have been possible without the support the family received from the local community in Shepparton. 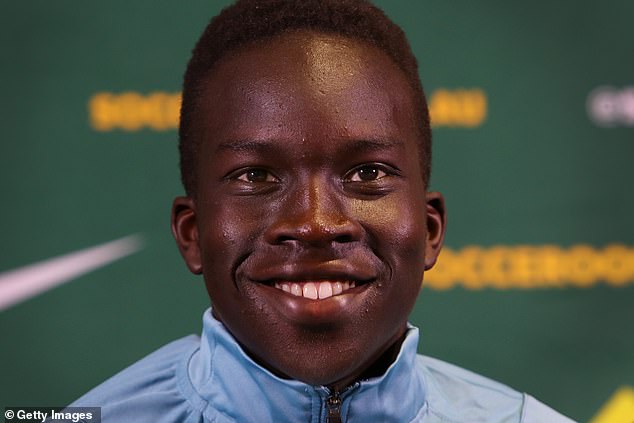 'All the community around is supportive. If I can't take them [her kids] [to a game] they will take them,