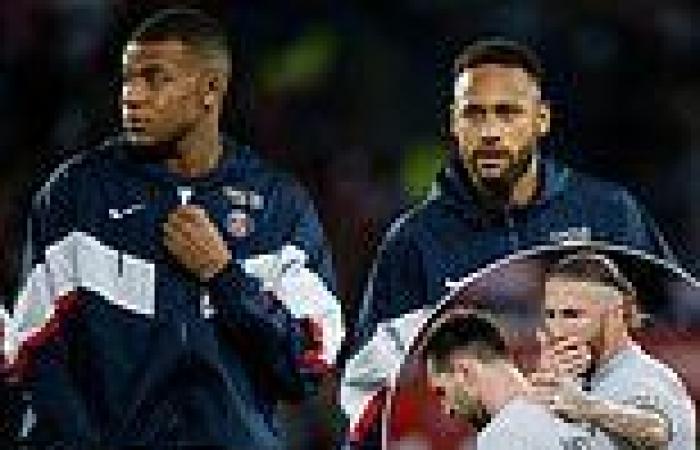 Kylian Mbappe 'doesn't want Neymar in the PSG team AT ALL' and is 'surprised by liberties he takes' while the Brazilian is 'astonished at powers given to his team-mate', new reports on their feud claim Relationship between the two players has reportedly worsened this season France striker Mbappe 'doesn't want Neymar to be in the PSG team at all' Brazilian star, 30, has been left surprised by influence 23-year-old Mbappe has The pair had a row over a penalty during early season match with Montpellier The simmering feud threatens to undermine a positive start to PSG's season

The relationship between Kylian Mbappe and Neymar at Paris Saint-Germain 'has gone from cool to polar' this season in a serious threat to the team's harmony.

Mbappe reportedly does not want the Brazilian in the side at all, while 30-year-old Neymar 'has been left astonished by the influence the 23-year-old France striker has been given.'

That has especially been the case since PSG broke the bank to persuade Mbappe to snub Real Madrid and sign a contract extension over the summer. 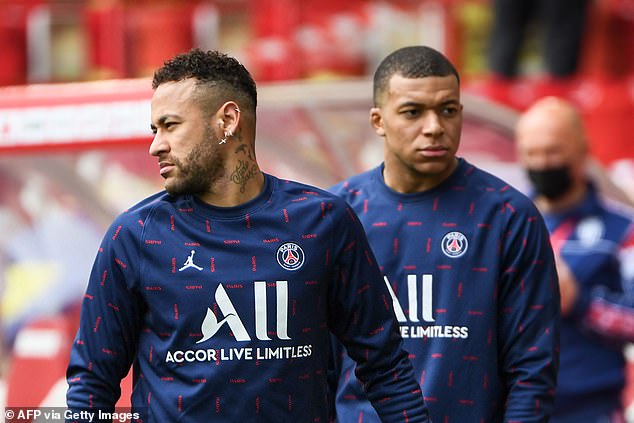 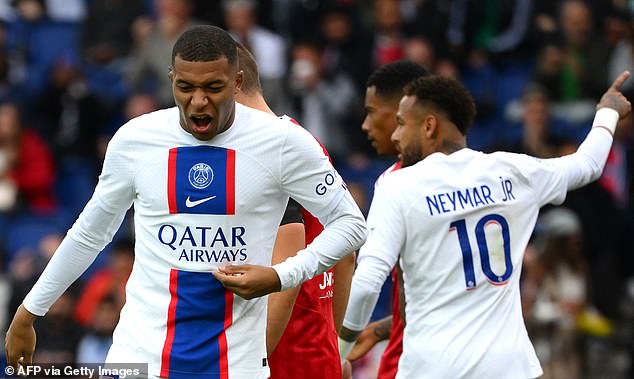 Reports in France suggest Mbappe doesn't understand why Neymar is in the PSG side, while the Brazilian is surprised at the influence his younger team-mate wields

L'Equipe report that the relationship between the two has deteriorated quickly since the start of the season.

They say that Mbappe would 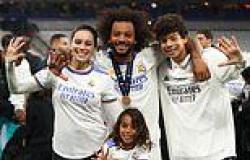 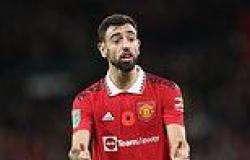