The familiar trope about the Jacksonville Jaguars (2-1) serving as one of the doormats of the NFL might be worth forgetting about after the last two weeks. Following what many considered improbable wins against the Indianapolis Colts and Los Angeles Chargers, the Jags are sure to have crashed more than a few NFL survivor pool picks. This week, the Jaguars face another tough test at Philadelphia, but the 3-0 Eagles have looked unstoppable early on.

The Jaguars are 6.5-point underdogs in the Week 4 NFL odds at Caesars Sportsbook, but can they pull an outright upset for a third consecutive week and come through for your NFL knockout pool picks? Elsewhere, the Atlanta Falcons (1-2) have covered the spread in all three of their games, but are getting 2.5 points in the Week 4 NFL lines against Cleveland after winning outright at Seattle last Sunday. Before finalizing any Week 4 NFL survivor picks, see which team the red-hot SportsLine Projection Model just went all-in on.

Now, it has turned its attention to the latest Week 4 NFL odds from Caesars and locked in its Week 4 survivor pool pick. You can only see who the model is backing this week at SportsLine.

In Week 4 of the 2022 NFL season, we can tell you the model is shying away from the Carolina Panthers (1-2), even though they are home favorites over the Arizona Cardinals (1-2). The Panthers looked sharp in their Week 3 win over the Saints, while the Cardinals have stumbled out of the gates this season. For survivor players looking to save some of the league's top teams for later in the season, Carolina is an intriguing choice here as a home favorite.

But SportsLine's model doesn't recommend that move this week. Arizona's two losses have come to Super Bowl contenders, the Rams and Chiefs. The Cardinals also have already picked up one win as road underdogs this season, knocking off the Raiders 29-23 in Week 2. The model projects that Arizona wins outright in more than 50% of simulations, making the Panthers a team to steer 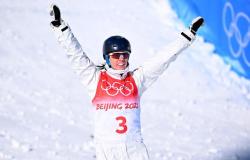 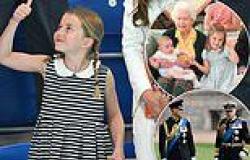