What a difference a week can make. This time last week, the Cincinnati Bengals were 0-2 following disappointing losses to Pittsburgh and Dallas. On Friday morning, the Bengals woke up with a 2-2 record after defeating the Jets last Sunday and the previously undefeated Dolphins on Thursday night.

The events of the past week have bolstered the Bengals' chances odds of repeating as AFC champions. Their projected win total for the season moved up from 7.9 to 8.5, according to CBS Sports data scientist Stephen Oh. The team's odds at winning the division rose from 9% to 12.6%. Those odds will jump to 24.1% if the Bengals are able to defat the Ravens in Week 5 following their mini bye week.

Cincinnati's playoff odds climbed from 26.5 to 36.6% following Thursday night's win. The Bengals' odds at making the postseason will jump to 51.8% if they can beat Baltimore next week while moving over the .500 mark for the first time this season. The Bengals' odds at winning the AFC, which rose from 2.8 to 4.2% following Thursday's win, will move to 6.5% with a win over Baltimore next Sunday.

Winning the Super Bowl, something the Bengals have yet to experience as a franchise, is also looking more likely after Thursday night's win. The Bengals' odds rose from 1.3 to 2.1% on Thursday night, will move to 3.2% should they defeat the Ravens, a team Cincinnati swept last season.

While rightfully overshadowed by Tua Tagovailoa's scary situation, the Bengals' performance on Thursday night was their best collective effort of the 2022 season to date. Joe Burrow threw for 287 yards and two scores while directing five scoring drives. He did not throw an interception for a third straight game.

The biggest takeaway from Burrow's performance was the fact that he was sacked only one time after being sacked 13 times during the season's first two games. The offensive line, which underwent a massive overhaul during the offseason, has allowed just three sacks during the Bengals' current winning streak.

"Those guys are guys work really hard to have a game like that," Burrow said of his offensive line after the game. "I'm so proud of those guys for the work that they put in. They took a lot of heat the first two weeks, but those guys are just getting better and better and like I said, protection was awesome today. And that's that's how it's going to be going forward because those guys put in the work. We've got a great coach that understands the players up front, and we've got nasty guys up front that want to get better and want to do a great job. And so the fact they had the game that they had is exciting."

The Bengals' offense was complemented by a defense that recorded two interceptions (both by defensive back Vonn Bell) while holding Miami to just 2 of 10 third down efficiency. The second interception, which occurred with Cincinnati protecting a 20-15 lead, set up Cincinnati's game-clinching score with 1:52 left.

All three phases of the Bengals' team received positive vibes from the largest home crowd in franchise history. After years of not having much to cheer for, Cincinnati's fan base made its presence felt on Thursday night while helping its team play closer to the level that won an AFC title eight months ago.

"Anytime you play night game at home, you know that energy is always a little

NEXT sport news Erik ten Hag 'is lining up a bid for Cody Gakpo in January with Rafael Leao ... trends now 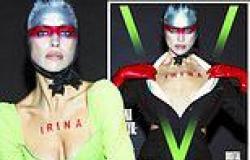 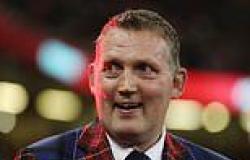