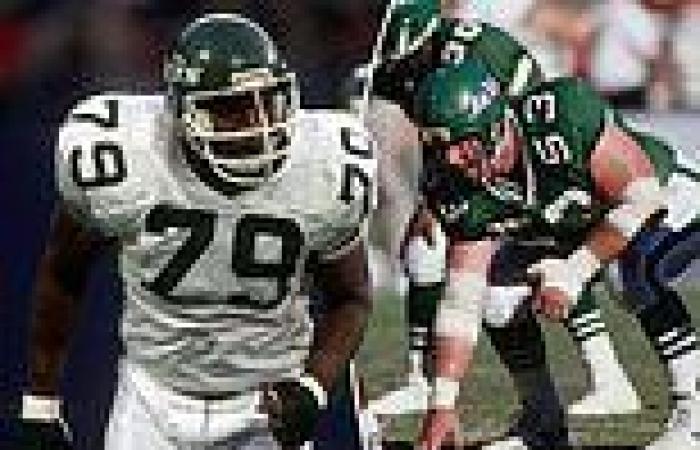 Powell was a three-time All-Pro at right tackle and served as president of the NFL Players Association for two years during his 11-year NFL career, the first nine with the Jets. He died Friday, the Jets said. Powell was 67.

Sweeney was one of the Jets’ most durable players, starting 158 consecutive games during an 11-year stretch with the team, mostly at center. He died Saturday, the Jets said. Sweeney was 60.

The two were teammates with the Jets during the 1984 and ’85 seasons. 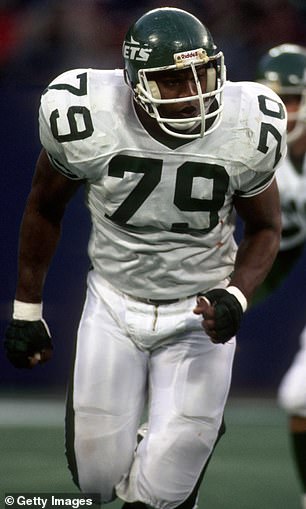 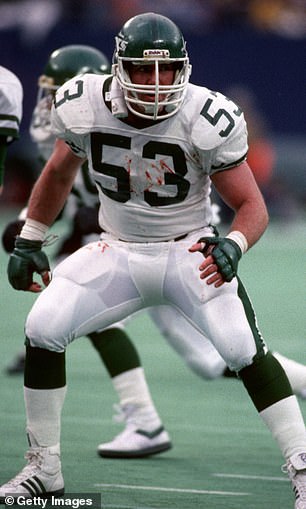 The Jets announced two former linemen - Marvin Powell (L) and Jim Sweeney (R) passed away this weekend. The pair played on the same offensive line in the 1984 and 1985 seasons.

Powell, a member of the College Football Hall of Fame, was drafted by the Jets as the No. 4 overall pick in 1977 out of USC. He won a starting job as a rookie and became one of the franchise’s best and most-decorated players, selected to the Pro Bowl five straight seasons from 1979-83. Powell was an All-Pro in 1979, ‘81 and ’82.

Powell was also selected the Jets’ MVP by his teammates in 1979.

“Marvin was one of the best linemen I’ve ever seen,” former Jets wide receiver Wesley Walker told the team’s website. “He was just a physical specimen. He was just good. I just loved him.”