It's not advised to run on the field during an NFL game. It's illegal and a decision you will probably come to regret -- not to mention there are large professional athletes wearing pads that are paid millions of dollars to violently take down other large professional athletes wearing pads. And sometimes, they will turn their focus to the fans interrupting their game.

That's what happened Monday night during the primetime matchup between the Los Angeles Rams and San Francisco 49ers, as a protestor carrying a pink smoke bomb was taken down by Rams All-Pro linebacker Bobby Wagner.

Check out what happened, here:

The 32-year-old Wagner, a Seattle Seahawks legend, is in his first season with the Rams. He led L.A. at 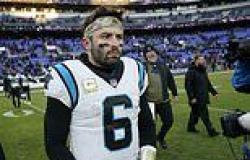