Fantasy players who had high hopes for Javonte Williams in season-long and NFL DFS formats can no longer count on him following the torn ACL he suffered in Denver's loss to Las Vegas in Week 4. Now, it's the Melvin Gordon show, but against an Indianapolis Colts defense that has given up just 302 yards to opposing running backs this season, is he an obvious choice for your Thursday Night Football NFL DFS lineups? Indianapolis' best interior defensive lineman, DeForest Buckner, missed Week 4 with an elbow injury and there is no clear timetable for his return.

The Colts have questions in their running back room as well after Jonathan Taylor left late in the game on Sunday with an ankle injury. Indy's passing game hasn't received the lift that it was hoping for after swapping out Carson Wentz for Matt Ryan at quarterback, but you can still target Colts receivers in the NFL DFS player pool. Before you make your NFL DFS picks for Thursday Night Football, be sure to see the NFL DFS advice, strategy and player projections from SportsLine daily Fantasy expert Mike McClure.

McClure is a legendary professional DFS player with over $2 million in career winnings. His methodology has led to enormous cashes on FanDuel and DraftKings. He took down two high-stakes tournaments on FanDuel in 2020 and recorded a pair of top-10 finishes in tournaments with over 130,000 entrants on DraftKings. His lineups also finished inside the top 1% in more than a dozen other tournaments.

Now, McClure has turned his attention to Broncos vs. Colts and locked in his top daily Fantasy football picks. You can only see his picks and analysis at SportsLine.

One of McClure's top NFL DFS picks for Thursday Night Football is Broncos wide receiver Courtland Sutton. Sutton came away with five receptions for 52 yards and a touchdown in Denver's loss to Las Vegas last Sunday. For the season, he has 24 total catches for 343 yards and logged his first touchdown of the season last week.

Sutton has only played one previous game against the Colts in 2019, finishing with three catches for 72 yards. Indianapolis has only allowed 456 yards to opposing receivers this season, which is the second-lowest mark in the league, but the Colts haven't played opponents whose receivers have been the focal point of the offense. Overall, the Broncos haven't seen the uptick in offensive production they were hoping for under new head coach Nathaniel Hackett yet, but without Williams in play, the passing game should be featured more.

Part of McClure's optimal NFL DFS strategy also includes rostering Broncos quarterback Russell Wilson, who has yet to hit his stride under new head coach Nathaniel Hackett, but had a productive game in last week's loss to Las Vegas. Against the Raiders, Wilson completed 68 percent of his passes and finished with three total touchdowns. For the season, he has thrown for 980 yards with four touchdowns to just one interception.

Wilson wasn't credited with a single poor throw last week against the Raiders, and for the season, he has a poor throw rate of 13.5 percent, down from last season's overall mark of 18.6. You can see the rest of McClure's

Jaguars veteran hails team's turnaround after win over Ravens: 'I would die for Doug Pederson' 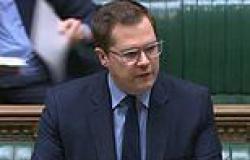 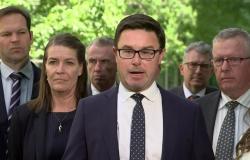