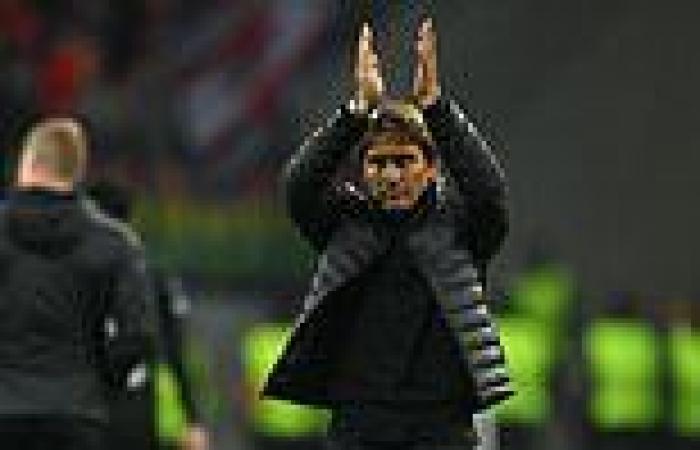 'We have to be more clinical': Antonio Conte says his side must take their chances as Tottenham fail to score in goalless Champions League draw with Eintracht Frankfurt to extend their winless away European run Antonio Conte thinks his side need to be more clinical in the Champions League Tottenham drew 0-0 with Eintracht Frankfurt and failed to created any chances  Spurs and Frankfurt level on points in Group D with Sporting Lisbon at the top  North London side have only one win in their last nine European away games

Antonio Conte urged Tottenham to be more clinical after they suffered a frustrating Champions League stalemate in Frankfurt to continue their poor away form in Europe.

Spurs created plenty of opportunities in Germany with Harry Kane and Son Heung-min guilty of failing to make the most of several openings during the Group D tie.

While the Premier League club were able to bounce back after last weekend's humbling loss at rivals Arsenal with a potentially key point, they have now gone seven matches without winning away from home in European competitions. 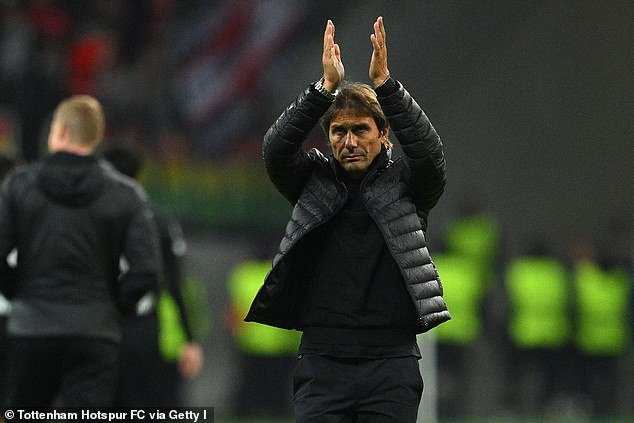 'The match was a good match,' Conte told BT Sport.

'I think we played a match with great intensity. We didn't allow them to play their football and we pressed a lot in every area of the pitch.

'A good draw because it is not easy to play away with this atmosphere, a lot of noise around us and I think my players cope with the situation very well. We played a good game but we know very well if you don't score, you don't win but at least