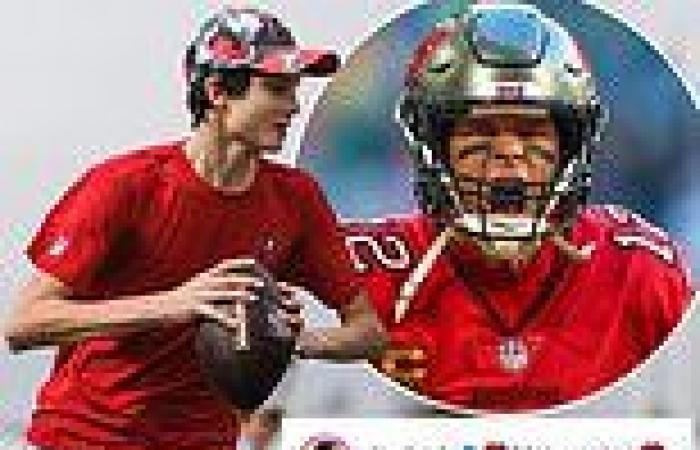 The Buccaneers quarterback posted a photo to Instagram of Jack, 15, about to throw a football, with the caption: 'My Inspiration.'

In the blurry background, the dad of three can be seen in his No. 12 training jersey watching on what appears to be Tampa Bay's training field.

Brady shares Jack with ex-girlfriend Bridget Moynahan. He also has a daughter, Vivian Lake, nine, and son Benjamin Rein, 12, with ex-wife Gisele Bundchen, who he recently divorced from.

Brady also posted a series of photos of Jack at the training to his Instagram story. One featured the same photo posted to his account, writing, 'Fire that pigskin!!!!'

He also shared a photo of Jack in a Buccaneers cap, looking like he is talking to someone, while Brady stands with his back to the camera. 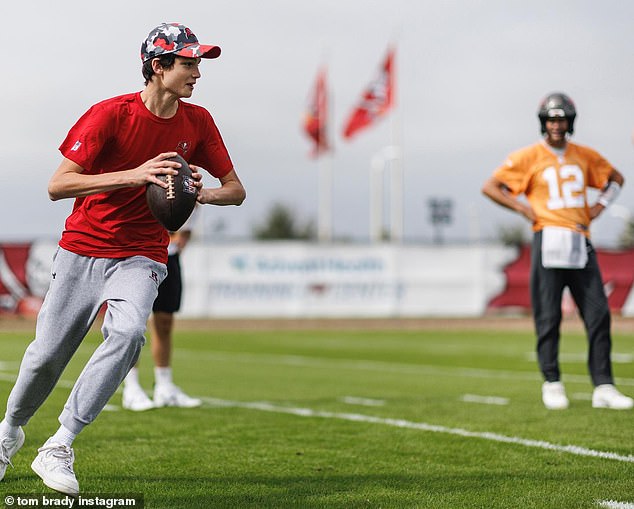 Proud dad Tom Brady posted a photo to Instagram of Jack, 15, about to throw a football

The Tampa Bay Buccaneers quarterback captioned the post, 'My Inspiration' 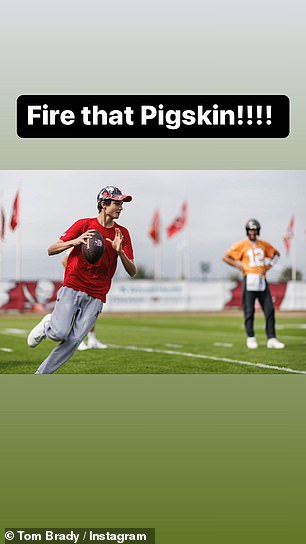 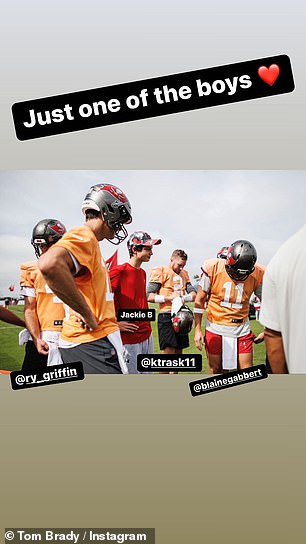 Finally, he posted a photo of his son alongside him and teammates Ryan Griffin, Blaine Gabbert and Kyle Trask, writing: 'Just one of the boys.'

Earlier this week, Brady spoke about Thanksgiving and how much the holiday meant to him as a father.

'I think myself as a parent and being grateful during Thanksgiving, it's always time for family,' he said on his Let's Go! podcast.

'When you think about this holiday and the commitment that parents make and that my parents made to me and my career is unbelievable.'