It finally happened. I had a good week in all three areas of picking games.

I went 4-2 with my best bets as part of the Pick Six podcast, 11-3 straight up and 7-5-2 against the spread in my CBSSports.com expert picks.

Let's hope the holiday week is good to me, starting with a sweep on Thanksgiving in games that feature teams with some impressive records.

This has the makings of a game with a lot of offense. Both teams can score, but the Bills can really score. They will put up a big number here as Josh Allen wins a second straight game in Detroit after beating the Browns last week in the same building. The track is fast and the Bills can fly. The Lions won't keep up.

The Giants are coming off of a horrible showing at home against the Lions, which means they might have been looking ahead to this one. The Cowboys righted things in their blowout victory over the Vikings. The defense dominated, and it will dominate here as well. The Giants are too limited on offense.

The Vikings were embarrassed Sunday at home, getting blown out by the Cowboys. They will bounce back and play better here. The New England offense is struggling, but the defense is playing well. Even so, I think the Vikings will respond on offense in this one to win it. The Patriots offense is bad.

This is the dog game of the week with two horrible offenses. First one to 10 wins? Denver has the better defense, but at home I think the Panthers will find a way to win this one. Denver continues to struggle.

The Bucs come off the bye in first place and seemingly ready to get their season going like they expected. They are getting healthier, and that will matter down the stretch, starting here in this one. The Browns are bad on defense, so look for Tom Brady to have a solid day. The Browns running game is limited. Bucs take it.

The Jaguars come off their bye with a tough home game against the Ravens. The Baltimore defense has come alive in recent weeks and will present a real challenge for Trevor Lawrence. Lamar Jackson and the offense have to pick it up. This will be low scoring, but it's close.

The Dolphins come off their bye as big favorites. The Texans could be making a quarterback change, but it doesn't matter. The Dolphins have been explosive on offense all year, and that won't change in this one. Tua Tagovailoa keeps it rolling in a blowout.

This won't be pretty if Justin Fields can't play. Both offenses would be severely limited. The Jets have the much better defense, one that is on the verge of becoming dominant. That is the difference, no matter who plays quarterback for these two.

This is a rematch from the playoff game from last January in which the Bengals upset the Titans on the road. The Bengals have played much better lately, but they are playing consecutive road games, while the Titans will be rested after playing last Thursday. Derrick Henry wasn't himself when they played in the playoffs last season. He is now. Titans take it behind his running.

This is a playoff game of sorts. Both teams are sill alive. Washington has turned the season around thanks to its defense. Taylor Heinicke is also making timely plays. The Falcons are limited on offense, which is the difference. Washington stays hot.

The Cardinals looked awful in losing to the 49ers in Mexico and now play with their playoff hopes on the line. The Chargers are coming off a loss to the Chiefs, but they showed some life in that game on offense. That continues as Justin Herbert has a big day.

The Seahawks are coming off a bye, while the Raiders are playing a second straight road game. Bad combination. The Raiders have major defensive issues, which will show up against a good Seattle offense. Geno Smith and the Seahawks take it.

The Rams are a mess, while the Chiefs are riding high. The Rams have health issues and probably won't have Matthew Stafford. That's a problem. The Chiefs have Patrick Mahomes and he will carve up this Rams defense. Blowout city.

The 49ers are coming off an impressive victory over the Cardinals in Mexico. They look to be rolling with all their weapons on offense. The Saints beat the Rams last week, with Andy Dalton playing well. I think they will hang around in this game as the 49ers are 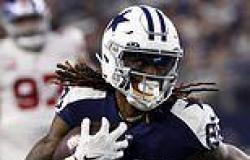 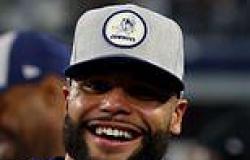 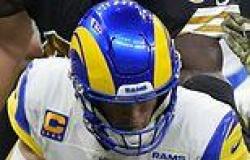 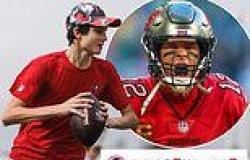 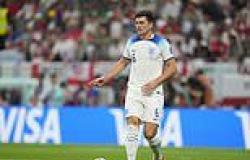