The Denver Broncos' season has gone by the wayside, which only exasperated after Sunday's loss to the Carolina Panthers. Denver was supposed to compete for the AFC West and make a Super Bowl run after acquiring Russell Wilson, as the franchise had its first franchise quarterback since Peyton Manning -- or so they thought.

Wilson has been terrible and the Broncos offense has been a disaster as a result. Denver is last in the NFL in points per game, not scoring over 23 points in any game this year and only over 20 points twice. In Sunday's loss to Carolina, the Broncos scored just 10 points -- leading to even more frustration on a team that boasts one of the best defensive units in the league.

Broncos' defensive tackle Mike Purcell had enough -- and let Wilson know about it in a very public moment.

"Frustration," Purcell said, via ESPN. "We all want to spark on something. We are all in this together, period. That's the quarterback of our offense, they're about to take the field.

"Obviously, [the defense wasn't] doing our job, but got to get a spark somewhere. They're about to take the field, that's all it was."

Didn't help Purcell was called for an unnecessary roughness penalty on an Eddy Pineiro field goal attempt to extend the Panthers' lead to 20-3 with 13:33 left. The defense knows they can't give up 20 points if Denver wishes to have a chance to win. Purcell just reached a boiling point for a team that lost seven of its last eight games.

Wilson brushed off the incident too. He has just eight touchdown passes in 2022 while being one of the highest-paid quarterbacks in the game. He understands where Purcell -- who plays for a defense that allows just 17.6 points per game -- is coming from.

"He came off after they kicked a field goal, he was pissed off" Wilson said. "He just said, 'We've got, we've got to F'in' go,' and I agree. We're on the same page -- there's no animosity there at all."

Denver Broncos spent $400,000 on new grass for the last game of the season 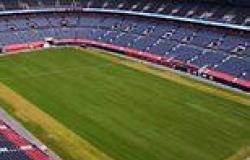 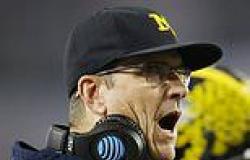