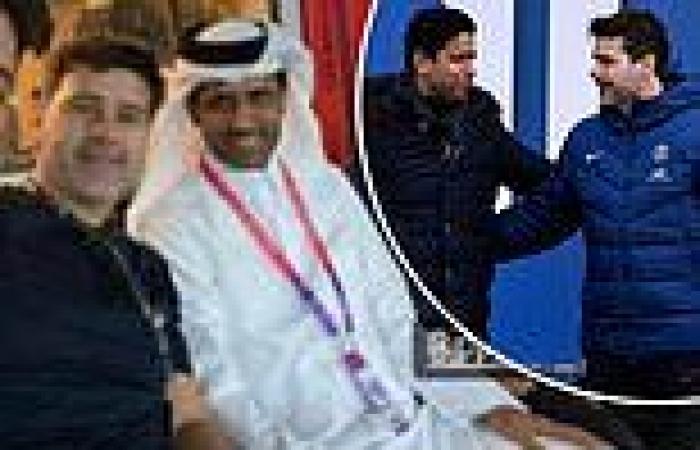 The Argentine, who played for PSG during his playing career, departed the Parisian club this summer after just two seasons, despite having won Ligue 1 last season.

Posing for a picture alongside his son, Sebastiano, Jesus Perez - two members of his coaching staff at the Parisian club - and club president Al-Khelaifi, Pochettino appeared his typically happy self as they took in Argentina's win over Mexico on Saturday.

Posing for a photo on Instagram alongside his son and assistant, Jesus Perez, Mauricio Pochettino appeared delighted sat next to PSG's president

A goal from Lionel Messi and a wonder-strike from Enzo Fernandez ensured Argentina got their first points of the tournament and remain on track for the knockout stages.

The show of unity between Pochettino and Al-Khelaifi comes just a week after the former Southampton and Tottenham boss appeared to criticise the club for how victories and losses were reacted to.

'Totally agree. Everyone underestimates the work of the coach. When we won it was due to individual talent and if we lost it 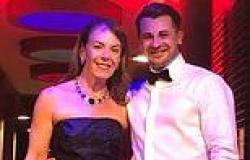 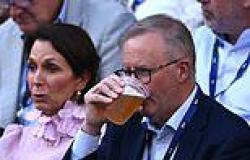 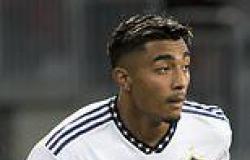 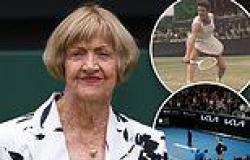 sport news Margaret Court has medals stolen in home break-in - after she was a no-show at ... trends now