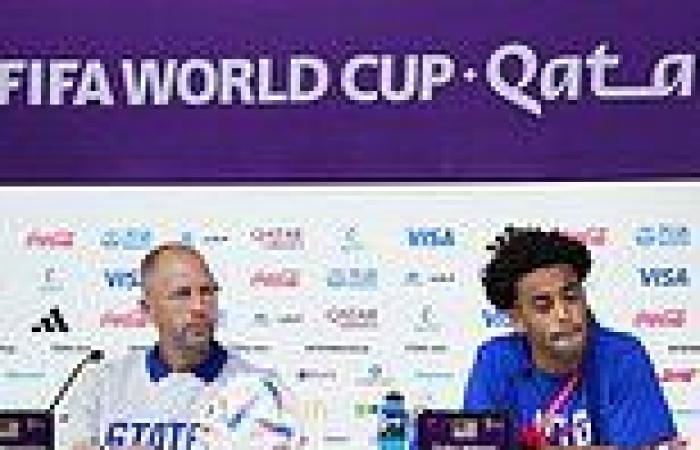 Tensions are already searing between Team USA and Iran ahead of their much-anticipated clash tomorrow night at the World Cup in Qatar.

Iranian journalists descended on the pre-match press conference this afternoon in Qatar and fired a series of terse questions at U.S. coach Gregg Berhalter and his player Tyler Adams, none of which concerned the football.

Instead, Berhalter and Adams were intensely quizzed on systemic racism in America, strict U.S. visa rules in place against Iranian citizens and Uncle Sam's naval presence fleet in the Persian Gulf, to name a few subjects.

Adams even faced flak from one journalist for his American pronunciation of 'aye-ran' during the half-hour press conference, from which the pair likely emerged feeling as though they had endured an interrogation.

It comes after the U.S. soccer federation displayed Iran's national flag on social media without the emblem of the Islamic Republic in support of anti-regime protests in the country, causing Iran's government to call on FIFA to expel Team USA from the tournament. 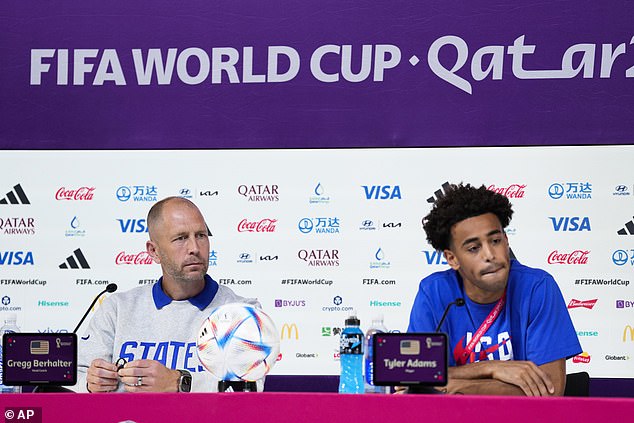 USMNT head coach Gregg Berhalter of the United States and player Tyler Adams attend a press conference on the eve of the group B World Cup soccer match between Iran and the United States in Doha, Qatar, Monday, Nov. 28, 2022 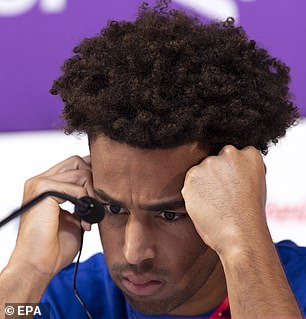 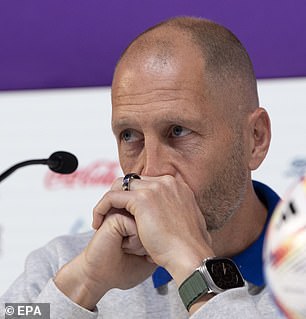 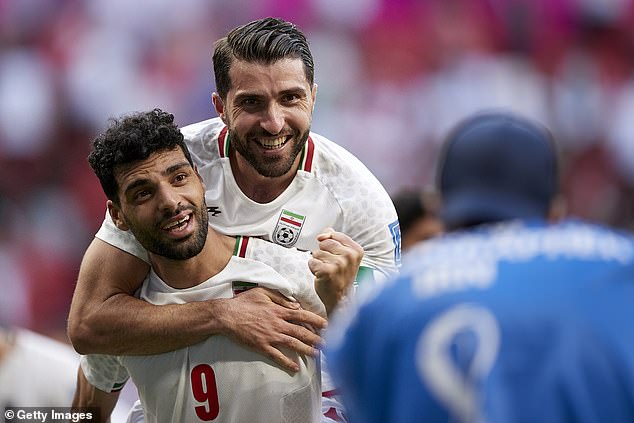 Players of Iran celebrate victory after the FIFA World Cup Qatar 2022 Group B match between Wales and Iran at Ahmad Bin Ali Stadium on November 25, 2022 in Doha, Qatar

The US soccer federation displayed Iran's national flag on social media without the emblem of the Islamic Republic, saying the move supports protesters in Iran ahead of the two nations' World Cup match Tuesday.

Iran's government reacted by accusing America of removing the name of God from their national flag and called for FIFA to kick the USA out of the World Cup with a 10-game ban from soccer. Tasmin news agency - associated closely with the Iranian regime - says Iran's soccer federation will make the request to FIFA, soccer's governing body.

The symbol was later returned to the flag on the USA's website but the move by the US Soccer Federation adds yet-another political firestorm to the Middle East's first World Cup, one which organizers had hoped would be spared of off-the-field controversies.

The US faces Iran in a decisive World Cup match on Tuesday, which was already freighted by the decades of enmity between the two countries and the nationwide protests now challenging Tehran's theocratic government.

USA needs to win to advance into the last-16 of the tournament in Qatar while for Iran, a tie would get them into the knockout stage for the first time in its history as long as Wales doesn't surprisingly beat England. If Iran wins, Iran advances whatever happens with Wales and England.

The US Soccer Federation said in a statement Sunday that it decided to forego the official flag on social media accounts to show 'our support for the women in Iran with our graphic for 24 hours.'

The first question from an Iranian journalist immediately set the tone for what proved to be a highly charged encounter.

The reporter asked Berhalter: 'What percentage of the world's population will be happy if Iran wins this match [versus a U.S. national team (USMNT) victory]?' forcing the coach to try and mediate the tension.

'For us it's a soccer game against a good team - it's not much more than that,' Berhalter responded in an attempt to avoid the obvious political implications of the question.

Unsurprisingly, the coach's efforts to refocus the line of questioning on the football were resoundingly ignored.

Minutes later, a journalist from Press TV - an English language Iranian news organisation - said: 'First of all you say you support the Iranian people but you're pronouncing our 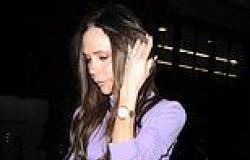 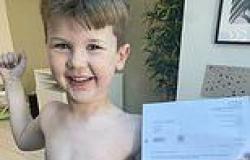 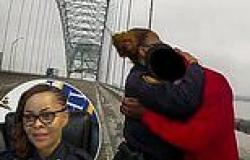 Tennessee cop is hailed a hero after she convinced a teen father to not commit ... trends now 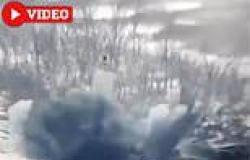 The bloody spring offensive about to rock Ukraine: trends now