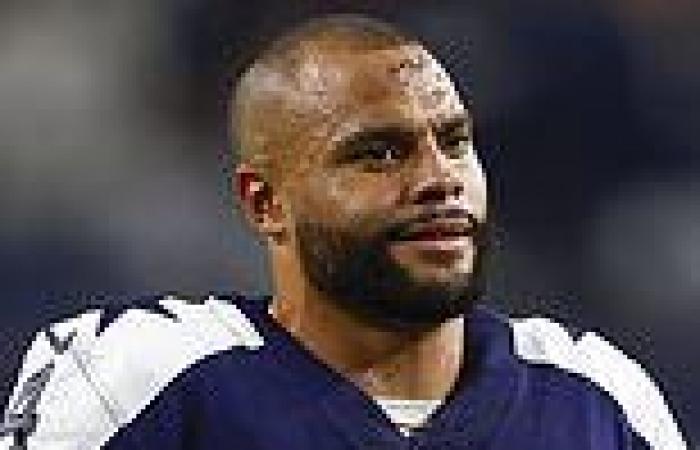 Dallas Cowboys quarterback Dak Prescott has weighed in on a picture shared last week of owner Jerry Jones attending a desegregation protest in 1957, saying 'we can be more empathetic and give grace to one another, regardless of race.'

The 29-year-old's comments come after Los Angeles Lakers star Lebron James resurfaced the controversy around the photograph, accusing media outlets of a racist double standard after the Lakers' 128-109 win over the Trail Blazers.

In the 65-year-old picture, Jones, who was 14 at the time, is seen among white students at Arkansas' North Little Rock High as they blocked six African American teens from entering and integrating the school. Jones has acknowledged to the Washington Post that it is, indeed, him in the photograph, although he claims he was there out of curiosity and not any racist intent.

'Obviously we can be more empathetic and give grace to one another, regardless of race, from the times we've come from to where we are now, thinking about the growth we've had,' Prescott told Jori Epstein of Yahoo Sports. 'That's who I am, how I think, optimistic, I mean, a guy who is completely biracial, Black and white, it's easy for me to speak on race on one side or another.'

'And I don't always, how do I say this? I don't know if I've fully processed it all the way, honestly. I think whether LeBron's talking to the picture, that's on Jerry to address. In the same sense, it's 65 years ago and how times have changed. I mean look at the man's resume since then, right? As I said, I give grace.'

'I think that's a conversation and question not only for him but for you guys and how y'all feel and how accountable y'all have been in covering and discussing the disparities and differences in resume.' 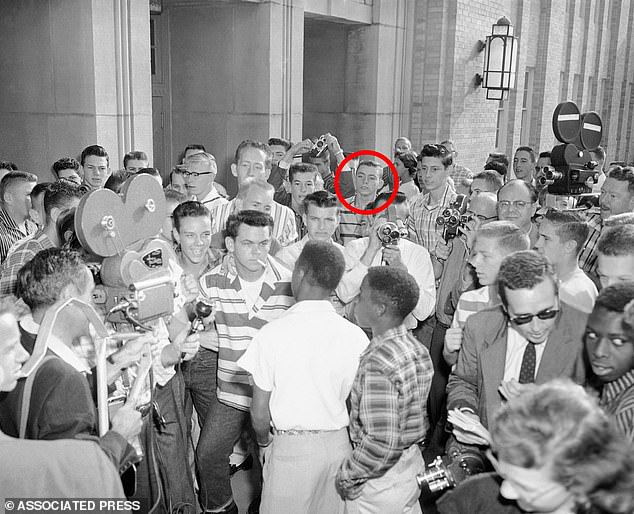 Cowboys owner Jerry Jones was pictured among a crowd of white students blocking the doors of North Little Rock High School, denying access to six African American students enrolled in the school in 1957. The billionaire and NFL owner, who was 14 years old at the time, said of the photograph: 'I didn't know at the time the monumental event that was going on' and that he was just being a 'curious kid' 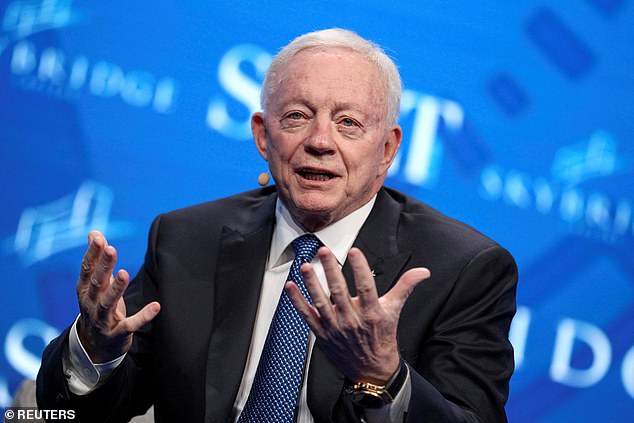 Jones has confirmed that it is, indeed, him in the controversial photograph, although he denies having any racist intent at the time 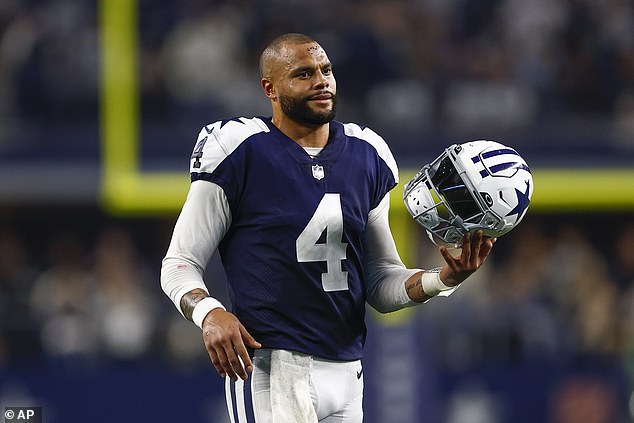 Prescott then stressed that he's 'here for growth and giving grace and trying to make this world a better place.'

'That's who I am at my core and what I believe in,' he added. 'Unfortunately, things come up from the past, pictures, and they show how far we've come, but at the same sense, they're a reminder of how short of a time that was ago. That wasn't that long ago that we were all sitting on different sides, and we weren't together. But as I said, I wouldn't be here 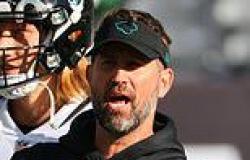