The Week 14 NFL schedule is loaded with divisional matchups on Sunday. Seven of the 11 games on Sunday will pit divisional foes against each other, including Chiefs vs. Broncos (+9), Giants vs. Eagles (-7) and Ravens vs. Steelers (-2). Interestingly, none of those three games has already taken place this season, so you'll have to go back to their 2021 matchups to reference before making your Week 14 NFL bets. Utilizing in-season data that takes into account trends and tendencies would be very helpful when evaluating the Week 14 NFL odds. All of the Week 14 NFL lines are listed below, and SportsLine's advanced computer model has all the NFL betting advice and predictions you need to make the best Week 14 NFL picks now.

Now, it has turned its attention to the latest Week 14 NFL odds and locked in NFL picks for every NFL matchup. Head here to see every pick.

One of the model's strongest Week 14 NFL picks is that the Titans (-3.5) cover the spread at home against the Jaguars. Tennessee has dominated recent matchups as it has won five straight meetings and nine of the last 10. The Titans have won each of the last three games between the two by at least 18 points, and their respective records against the spread paint similar pictures. Tennessee has covered in eight games this season, which is the third-most in the NFL, while Jacksonville has eight ATS losses, which is the most in the league.

Derrick Henry could single-handedly outscore the Jags on Sunday if he continues his previous production versus the divisional rival. Over his last six games vs. Jacksonville, Henry has scored 12 touchdowns and averaged 145 rushing yards. The Jaguars have no counter for him on defense, as they rank 25th in yards allowed, nor on offense as the team has failed to reach 100 rushing yards in each of its last three. Tennessee (-3.5) is projected to cover almost 60% of the time, and the model also says the Under (41.5) hits in nearly 60% of simulations. See which other teams to pick here.

The model's Week 14 NFL knockout pool picks say to avoid the Vikings (10-2), even though they have twice as many wins as the Lions (5-7). Detroit turned around its season when the calendar flipped to November, as it's won four of its five games since then. The only defeat came by three points to the Bills, while the Lions are coming off a 26-point victory over Jacksonville, the team's fourth-largest margin of victory over the last decade.

Minnesota hasn't been the same team away from its friendly confines, where all four of its wins have come by one score. Plus, the team has given up the same number of points (112) as it has scored. The Vikings rank 31st in total defense, while the Lions are explosive on offense, ranking in the top 10 in points scored, yards gained, third-down offense and red zone offense. A Lions team with an 0-10-1 record picked up its first win of the 2021 season against the Vikings at home and this year's unit is superior to that Detroit team. Those are just some of the reasons why the model is fading Minnesota with its Week 14 NFL survivor pool picks. See which team you should pick here.

One of the strongest Week 14 NFL football pool picks from the model is that the Seahawks beat the Panthers. Carolina is the NFL's lone winless team on the road (0-5), with its last two away losses coming by double-digits. It will be a tough task for the team to fly across the country, visit one of the league's most hostile environments and come away with a victory.

After waiving Baker Mayfield, Carolina appears to be rolling with Sam Darnold at quarterback, even though he's won just seven of his last 24 starts. The former No. 3 overall pick has thrown touchdown passes in just two of his last six road starts and will face an opportunistic Seahawks defense that has forced the second-most turnovers (21) in the NFL.

The model projects Darnold to have more turnovers than touchdowns, while also failing to even crack 200 passing yards. The Seahawks are expected to win by double-digits, prevailing in well over 70% of simulations. See which other teams to pick here.

How to make Week 14 NFL picks

The model has made the call on who wins and covers in every other game on the Week 14 NFL schedule, and it also has multiple A-rated picks you won't see coming. It's also backing a surprising team that's turned the corner in its NFL survivor picks. You can only get every pick for every game at SportsLine.

So what NFL predictions, NFL pool picks, and NFL survivor picks can you make with confidence? And which Super Bowl contender goes down hard? Check out the latest NFL odds below, then visit SportsLine to see which teams win and cover the spread, all from a proven computer model that has returned more than $7,000 since its inception, and find out.

Get full NFL picks at SportsLine 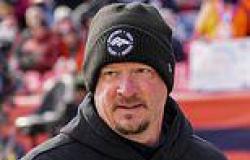 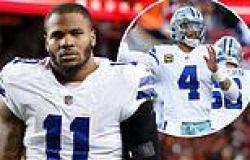 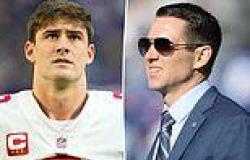