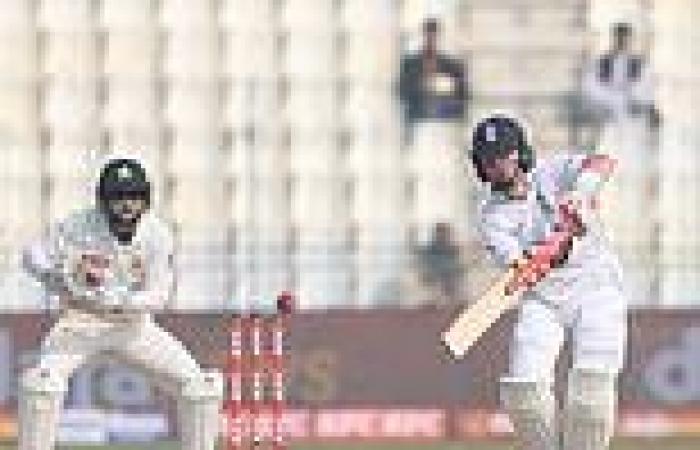 England hit Pakistan for 180 before lunch to set new first-session runs record in Rawalpindi... but debutant leg-spinner Abrar Ahmed takes five wickets to keep the hosts in the game England reached 180 for five before lunch in their second Test against Pakistan That impressive return surpasses the previous record of 174 set out in Rawalpindi But spinner Abrar Ahmed, making his debut for Pakistan, also took five wickets

England’s batsmen rattled along once more on the first morning of the second Test against Pakistan in Multan – but kept tripping up against the bag of tricks of debutant leg-spinner Abrar Ahmed.

By lunch, they had reached 180 for five from 33 overs after Ben Stokes won another important toss. They have never scored more heavily in the first session of a Test, beating the record of 174 set at Rawalpindi – though Friday prayers meant the session was half an hour longer here.

There were rapid half-centuries for Ben Duckett and Ollie Pope – and five wickets for Abrar, including Zak Crawley with his fifth ball as a Test cricketer. He can’t get all 10 on debut, can he? 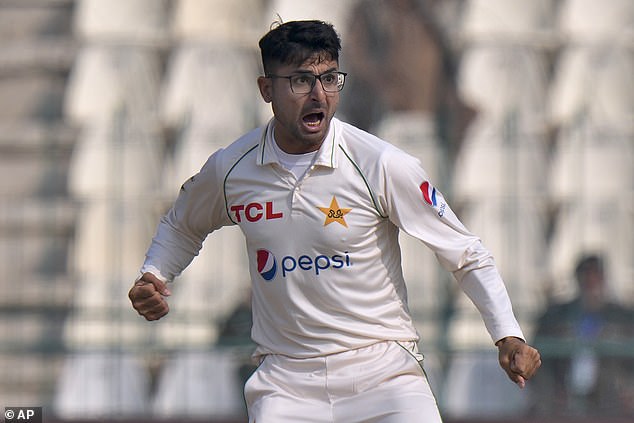 It was never dull, and there were reviews galore as England swept and reverse-swept repeatedly on a pitch offering far more turn than the tarmac of Rawalpindi.

But the upshot was a first-day score that might usually be expected at tea. Chasing many on this surface will not be easy, so England may be quietly grateful they already have some runs on the board.

After fears that smog might delay the start proved unfounded, England made another brisk start against a Pakistan side showing three