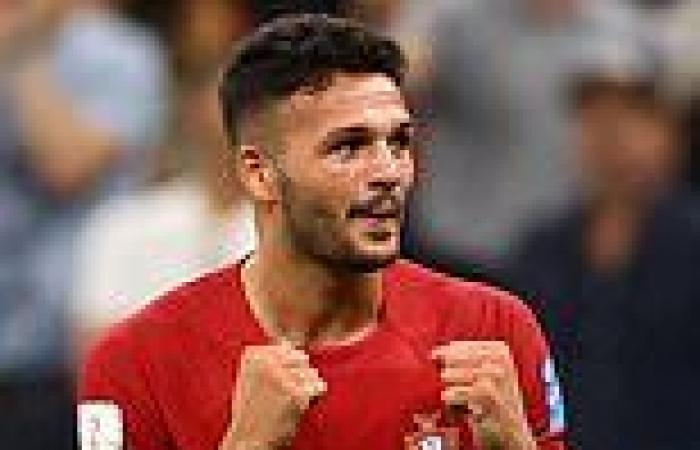 Portugal hero Goncalo Ramos 'nearly joined Barcelona in the summer as cover for Robert Lewandowski, but the move collapsed after Memphis Depay stayed at the club' - with his value rising after hat-trick against Switzerland

Barcelona passed on the opportunity to sign Portugal's in-form striker Goncalo Ramos despite advice from super-agent Jorge Mendes, according to reports.

The 21-year-old is in the form of his life and recently displaced superstar Cristiano Ronaldo in the starting line-up for his national side and scored a hat-trick in their 6-1 demolition of Switzerland on Tuesday.

His performances will surely attract attention from a number of top European clubs, but reports claim Barcelona had been advised to sign Ramos prior to the World Cup. 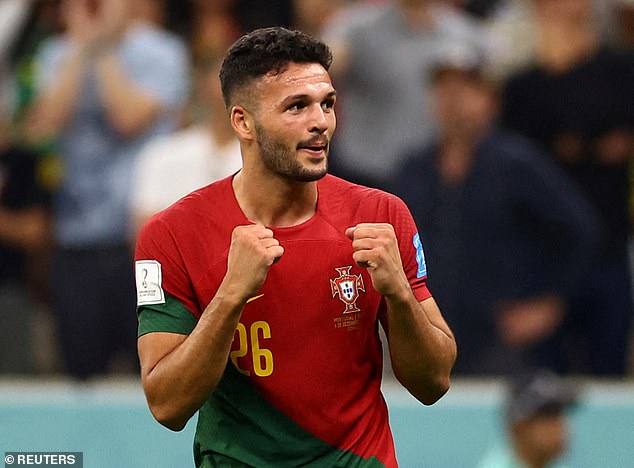 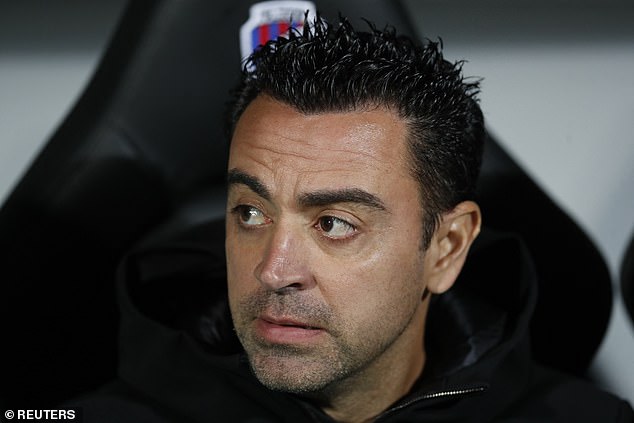