It finally happened. It took me 16 weeks, but I finally hit my triple crown of picking.

I hit big with my ATS selections as part of my CBSSports.com Expert Picks, as well as my straight-up picks and also my best bets.

So after two terrible weeks, I responded with my best of the year. Let's keep the hot streak rolling.

This game is one of the few that has no meaning as it relates to the playoffs. Arizona is coming off a tough home loss to the Bucs, while the Falcons lost to the Ravens on the road. This is a long trip for a team playing for nothing, so give me Desmond Ridder to get his first NFL victory as a starter.

The Lions are coming off a bad loss to the Panthers, while the Bears are playing out the string. Detroit needs to win out to have a chance to make the postseason. It was awful last week against the Panthers, but back home against the Bears should get it back on track. The Lions win it behind a strong offensive showing.

This game means essentially nothing to the Jaguars, so they could rest some guys who are dinged. The Texans have played well down the stretch, and they traditionally play well against the Jaguars, beating them earlier this year. Even so, I think Jacksonville will find a way to pull out a close game.

The Broncos are playing consecutive road games, and they are playing for nothing. Kansas City still has a chance at the top seed in the conference. The Broncos are also a mess right now after firing coach Nathaniel Hackett. I don't think they get the fired-coach boost here. The Chiefs will blow them out as Russell Wilson continues to struggle.

The winner of this game will control its playoff fate, making this an enormous game for both. The Dolphins have lost four straight, while the Patriots have lost two tough ones the past two weeks. Both offenses have issues lately, and Miami will almost certainly be without Tua Tagovailoa because of a concussion. Teddy Bridgewater will start. That matters. The Patriots will win it.

The Giants need one victory to make the playoffs, and this is their best chance against a bad Colts team playing on a short week. The Colts got nothing out of Nick Foles at quarterback, which shouldn't give them much hope here. The Giants will win it and go to the playoffs behind a good defensive effort.

The Eagles are still trying to lock up the top seed, but they still might be without Jalen Hurts in this one. That would mean another game for Gardner Minshew. The Saints are playing consecutive road games after beating the Browns. The defense played well in that one, but this is a better offense. Look for the Eagles to get back on track after losing to Dallas and end the Saints' small playoff chances.

This is likely for the division title. If the Bucs win, they win the division. If the Panthers win and then win next week, they win it. Carolina is playing better football right now than the Bucs, but this is a tough spot against Tom Brady on the road. Even so, I think Carolina will use the run game that ran for more than 300 yards vs. the Lions to win this game. Panthers win it in an upset.

The Commanders just need to win out to make the playoffs. The Browns are eliminated. Cleveland's offense has done little with Deshaun Watson, while the Washington defense presents a big problem. Look for Washington to run it a lot at a bad Cleveland defense with Brian Robinson Jr. They win it and keep pushing to the postseason.

The Raiders are playing for next year after losing to the Steelers, while the 49ers can still push for the second seed. Derek Carr was awful against Pittsburgh, and this 49ers defense is special. Look for the 49ers to keep winning with Brock Purdy and that outstanding defense.

This a long, tough trip for the Jets, who are not playing well. Mike White will be back at quarterback in this one against a Seattle defense that is struggling. Geno Smith hasn't played well in recent weeks, and the Jets are a tough defense. With White back, the Jets will find a way to win a close one.

This is a huge game for the Packers. If they win out, they can be a playoff team. The Vikings still have a chance at the top seed in the conference. But survival is more motivating than a seed. The Packers lost to the Vikings earlier this year, but I think Aaron Rodgers will have a field day against a bad Vikings defense. Packers win it.

The Rams are coming off an impressive victory against the Broncos, but this is a big step up in terms of competition. The Chargers have clinched a playoff spot, so their motivation is seeding for now. Even so, they need to show more on offense to prepare for the 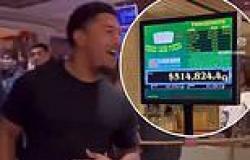 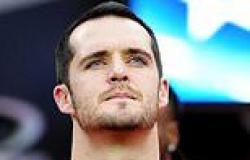 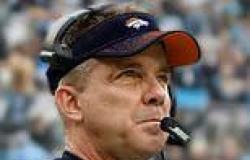