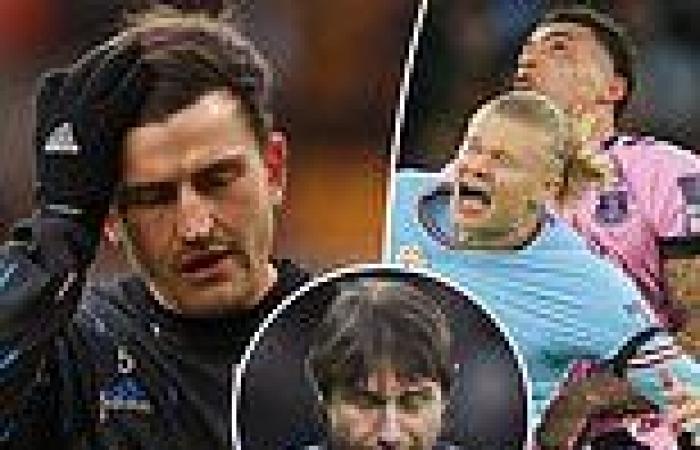 The New Year was ushered in with another full round of Premier League action and it's very much advantage Arsenal at the top.

While Mikel Arteta's side were not entirely convincing in their 4-2 win at Brighton, they nonetheless went seven points clear after Manchester City were held by Everton earlier in the day.

It was a happy Hogmanay for Manchester United, too, as they moved into the top four with a slender victory at Wolves before sides around them Newcastle and Tottenham dropped points. 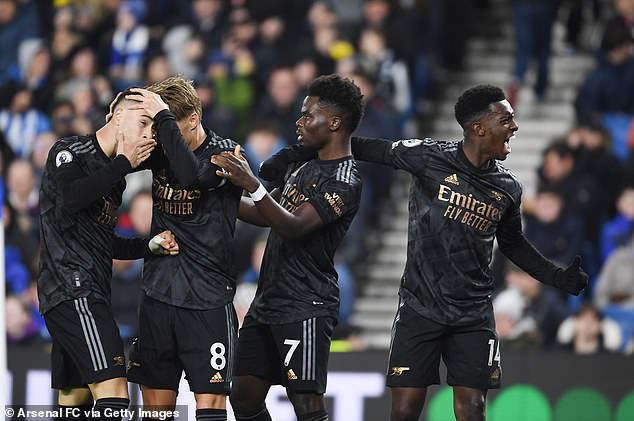 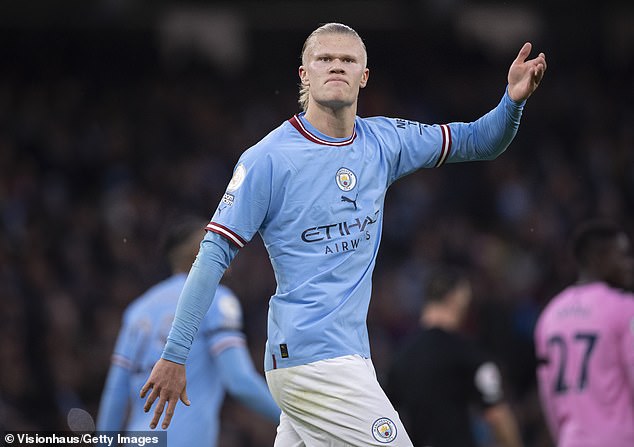 Chelsea were held to a draw at Nottingham Forest, while problems mount for Southampton and West Ham.

Here's what we learned from the latest top-flight action.

Remember when Tottenham won five of their first seven Premier League games this season? It certainly seems a awful long time ago now.

Sunday's dismal home defeat to Aston Villa saw Spurs struggle to get out of first gear. Harry Kane and Son Heung-min barely had a sniff of the ball in attacking areas, while the defence was opened up at crucial moments and Hugo Lloris made another error. 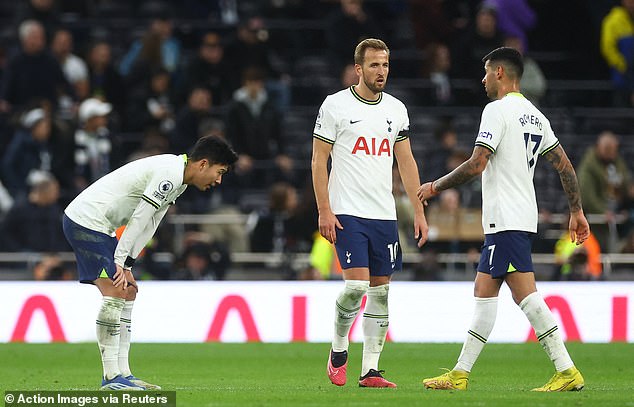 But this mood of rebellion isn't going to be easily quelled. Conte in the past may have performed his usual trick of threatening to walk if not backed in the transfer market.

Levy can point to the £60m spent on Richarlison last summer, as well as significant sums on Cristian Romero, now a world champion, and Yves Bissouma.

There's also the mitigation of having influential players such as Richarlison, Dejan Kulusevski and Rodrigo Bentancur currently out with injury. 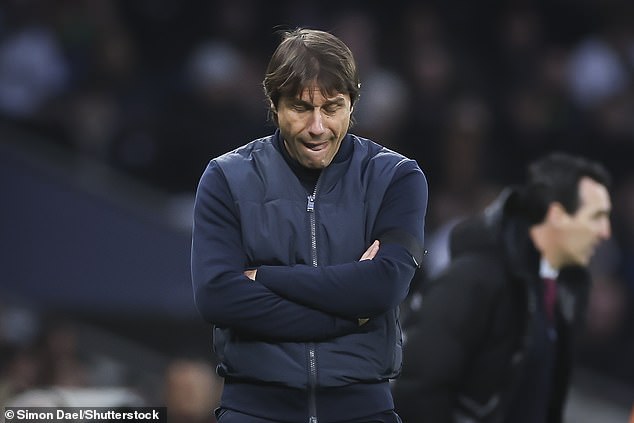 Antonio Conte's side were booed off, while angry fans chanted for Daniel Levy to go

'When they return, performances should improve, so no need for January investment,' could easily be Levy's attitude if Conte knocks on his door.

So the Italian boss is in a bind. He is the one who needs to address Tottenham's inexplicable habit of falling behind in games - that's 10 in a row now they've conceded the first goal - and other problems that were clearly never far below the surface.

On January 15, Spurs play leaders Arsenal in their next home league game. Nobody can be looking forward to it. 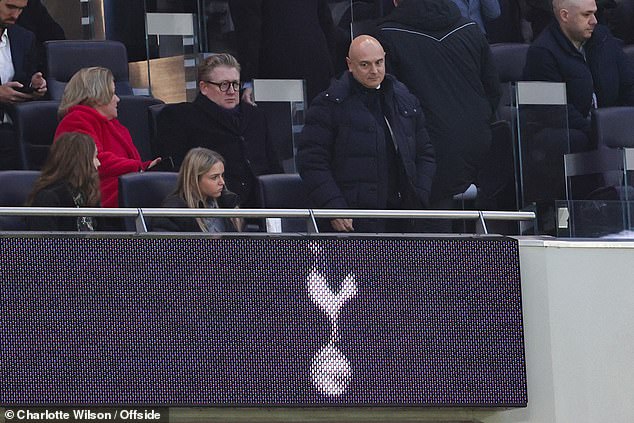 Chelsea can't afford to be left behind

A far from happy New Year for Graham Potter at Chelsea, too, as they dropped points on the road for the fourth straight match in a 1-1 draw at Nottingham Forest.

They are in serious danger of being cut adrift from the top four and the prospect of not qualifying for the Champions League next season is pretty unpalatable.

With the emergence of Newcastle as a force, Man United gathering strength and Liverpool coming back into form, Chelsea will face an uphill struggle to finish in the top four.

Todd Boehly will surely be less trigger happy when it comes to managers than Roman Abramovich and Potter will be allowed time to build his project, but only making the Europa League undoubtedly heightens the pressure. 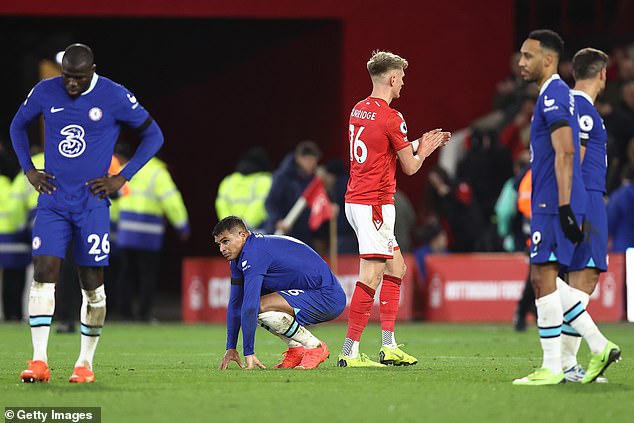 Having started strongly at a vociferous City Ground, Chelsea faded away alarmingly, managing only one shot in the second-half despite Potter throwing on the likes of Pierre-Emerick Aubameyang, Hakim Ziyech and Conor Gallagher to offer fresh legs.

They certainly shouldn't lack depth of quality though Graeme Souness made the point it was 'madness' to sell Timo Werner and Romelu Lukaku when they're crying out for a marksman.

That overlooks the fact both strikers flopped badly at the club, with Lukaku also an unhelpful agitator off the pitch too. 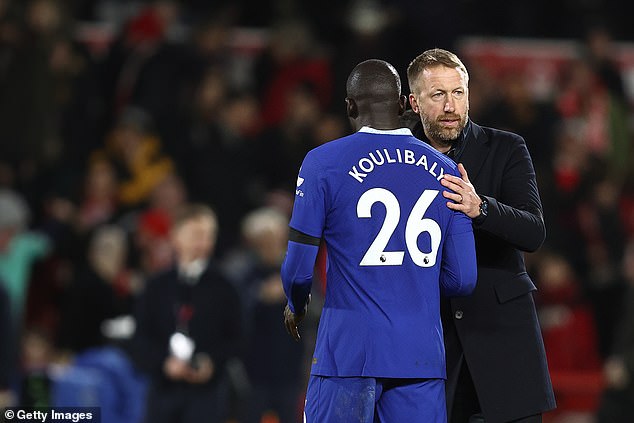 Top quality, good value centre forwards will be a precious commodity in January and Chelsea should be doing better in front of goal with what they have.

At least they're strengthening at the back, with the £33m signing of Benoit Badiashile from Monaco. It's hard to know whether that is really the root of their problems.

Godfrey showed defenders everywhere how to get under Haaland's skin

It took just nine seconds for Everton's Ben Godfrey to dump Erling Haaland on his backside. 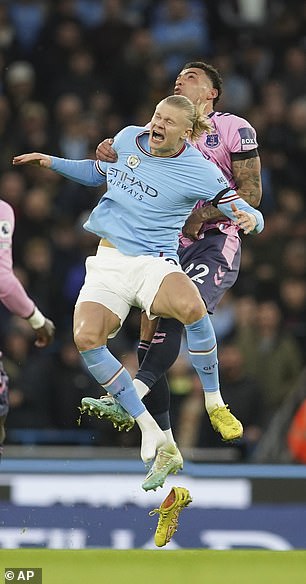 This probably seems like football's equivalent of bear baiting but 90 minutes later and Everton had picked up an unexpected point at the Etihad, relieving the pressure on Frank Lampard, and the Norwegian cut a mighty figure of frustration.

Though he scored his 21st league goal of an absurdly prolific season, Haaland was too pumped up and ran a disciplinary tightrope when he lunged into Vitaliy Mykolenko and caught James Tarkowski with a

PREV sport news The Notebook: Etihad security ramped up for the 8,000 Arsenal fans at ... trends now
NEXT ‘I’m proud I didn’t give up’: How Nadolo clawed his way to a second ... mogaznewsen 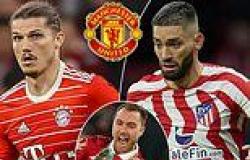 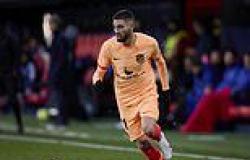 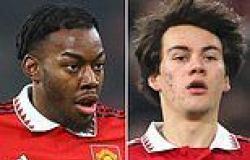 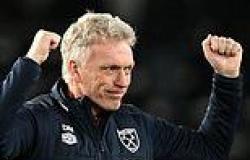