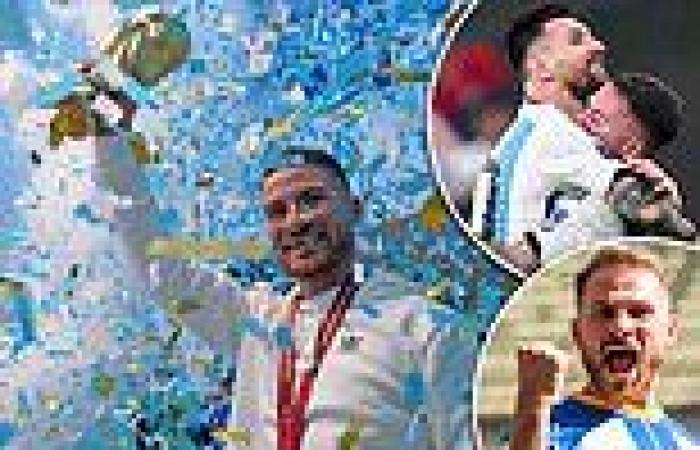 It was a welcome home befitting a world champion. Having landed from Buenos Aires at London Heathrow at 7.30am on Monday, Alexis Mac Allister walked back into Brighton’s training ground at 10am to cheering colleagues and two confetti cannons spraying blue, white and gold.

‘It’s not as heavy as the real one,’ said Mac Allister after lifting a replica World Cup trophy bought by his proud Premier League club, who also draped the entranceway in Argentina flags.

Mac Allister looked awkward at first, as if embarrassed that this had all been arranged for his return as he embraced his Brighton team-mates. But the 24-year-old midfielder from Santa Rosa will need to get used to it. Everyone wants to shake the hand of a World Cup winner. 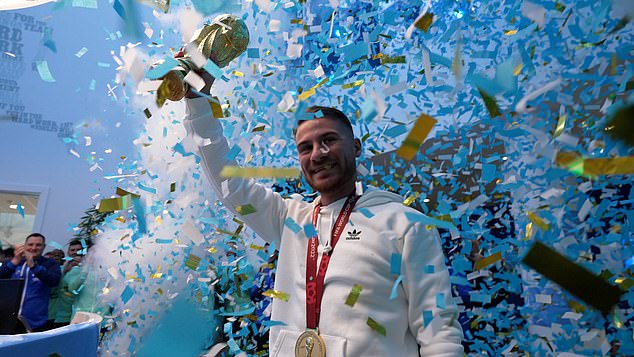 He smiled sheepishly when asked by Sportsmail if he likes all the attention. ‘Not really, I’m a shy guy,’ replied Mac Allister. ‘I don’t like to be in the centre.

‘I cannot believe I won the World Cup. It was mad, that day and the day we went out in Buenos Aires, five million people in the streets, 36 degrees (97°F). We got emotional, of course.

‘Even one month before the World Cup I didn’t know if I was going or not. But I will keep it in my mind for ever. I’ve got my shirt, the medal, a replica of the World Cup. Not many lift that cup. It was really nice and heavy!’ 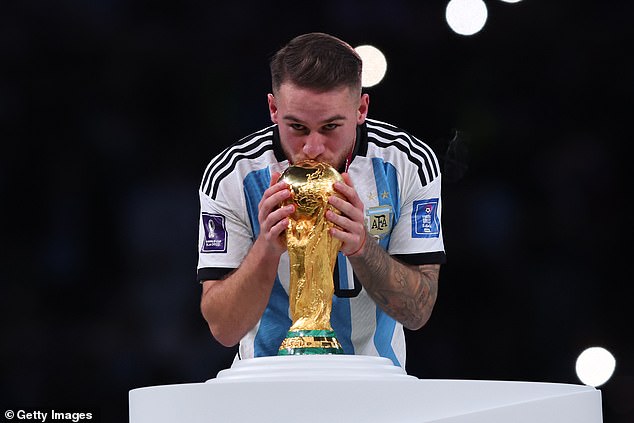 Mac Allister has not watched the final — one of the greatest ever as Argentina drew 3-3 with France before winning 4-2 on penalties — but promises he will over the coming days.

He is humble when asked about his assist for Angel Di Maria, which Mail on Sunday chief sports writer Oliver Holt this week compared to Pele’s pass for Carlos Alberto’s goal in the 1970 World Cup final.

‘It was a very good ball but Angel did 90 per cent of the goal,’ Mac Allister said modestly.

There was no tension on the day, either. ‘I didn’t feel pressure,’ he explained. ‘I didn’t feel nervous. The day of the final I slept two hours of siesta. We knew it was maybe going to be the best day of our lives and it was.’ The reason Mac Allister was back 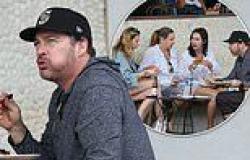 Harry Connick Jr. and his wife Jill sit in deck chairs and eat off their laps ... trends now 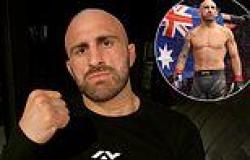 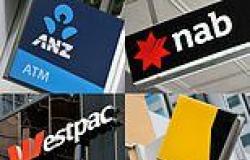 Interest rates: Why you need to switch from Big Four banks to get a better ... trends now 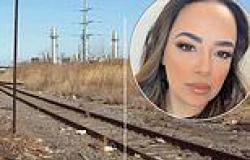