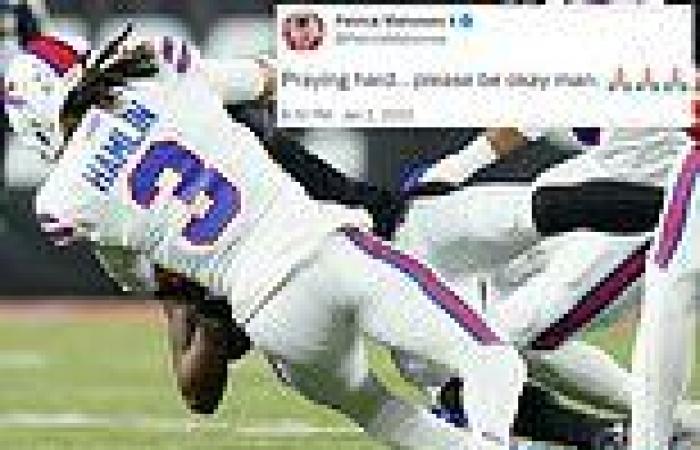 'God be with D Hamlin right now': NFL stars Odell Beckham and Patrick Mahomes lead the well wishes for Damar Hamlin after he collapsed on the field and was rushed to hospital playing for the Bills against Bengals

The world of NFL and beyond sent out prayers and well wishes to Damar Hamlin of the Buffalo Bills after he collapsed on the field playing against the Cincinnati Benglas on Monday night.

Hamlin was in a critical condition after needing to receive CPR and oxygen, collapsing after he made a tackle during the first quarter. He stood up and appeared to try and adjust his helmet for a moment before falling back and laying motionless on the ground.

The NFL postponed the game but as the shocking scenes unfolded, stars of the sport took to social media praying for good news about the 24-year-old. 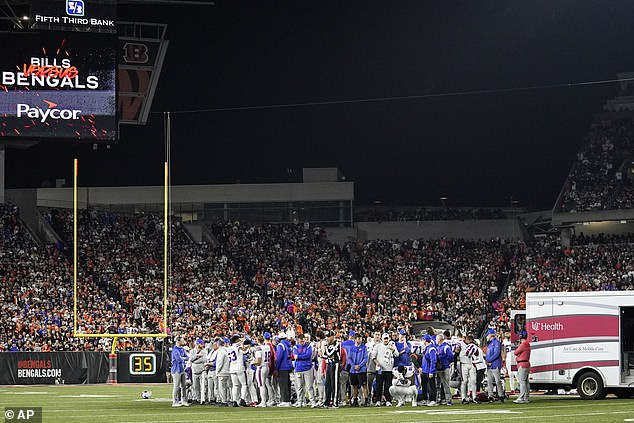 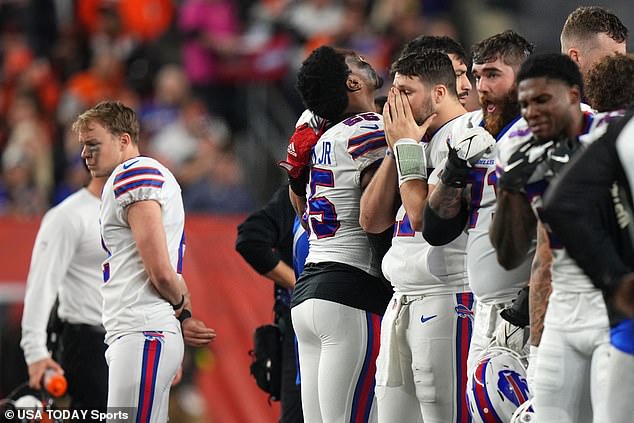 'Father God, I pray that Damar Hamlin is okay and here with us. I also ask that he have a speedy recovery mentally