Tom Brady could start at Atlanta in one of the 14 NFL Week 18 Sunday matchups, but with Tampa Bay locked into the No. 4 seed in the NFL playoff picture, will Brady and the Buccaneers be motivated? The Bengals can't earn the top seed, but need to win their matchup with the Ravens to guarantee a home playoff game, setting up plenty of tough decisions as you set your NFL prop bets. The Bengals are nine-point home favorites and Tampa Bay is a four-point road underdog in Caesars Sportsbook's NFL odds. For NFL props, Caesars has set the Over/Under for Burrow's passing yards at 272.5, while his longest pass completion is 38.5 yards. You have to dig to find value, so before you make any NFL Week 18 prop bets, make sure you check out the top NFL picks and predictions from NFL props expert Alex Selesnick.

Selesnick (aka PropStarz) specializes in NFL, MLB and NBA prop betting, where he implements a combination of research, statistical analysis and mathematical modeling.

The expert has been crushing his picks and is a highly profitable 40-26 on NFL prop picks in this column through the first 17 weeks. He also went 130-89 (+26.69 units) on MLB prop plays during the 2022 season and is up nearly 235 units on NBA props and futures plays over the past two-plus seasons.

Now, after combing over the hundreds of available Week 18 NFL prop bets, PropStarz has found four value picks he loves. He's only sharing them over at SportsLine.

One prop play that PropStarz is all over for NFL Week 18 is Lions running back D'Andre Swift over 32.5 rushing yards. Green Bay's defense has struggled to stop the run all season and is allowing 5.0 yards per carry (27th in NFL) and 142 per game (26th). Swift averaged 11.1 per rush last week, when he went for 78 yards against the Bears. He topped this number on just one run, breaking off a 35-yarder.

The Lions could have a chance to get into the playoffs, but they also want to keep their NFC North rivals out. The Packers get in with a victory, while the Lions need a Seattle loss earlier in the day. To beat Green Bay, running the ball has been the key, and while Jamaal Williams is likely to carry the load, Swift will get his chances. The third-year pro has home-run ability, so it won't take many attempts. He has gone over this number each time he has gotten at least eight rushing attempts. See which other NFL props to make here. 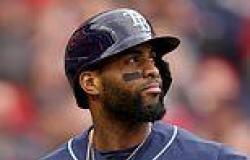 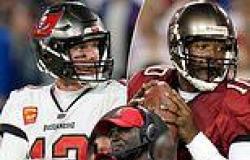 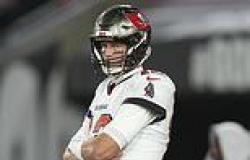