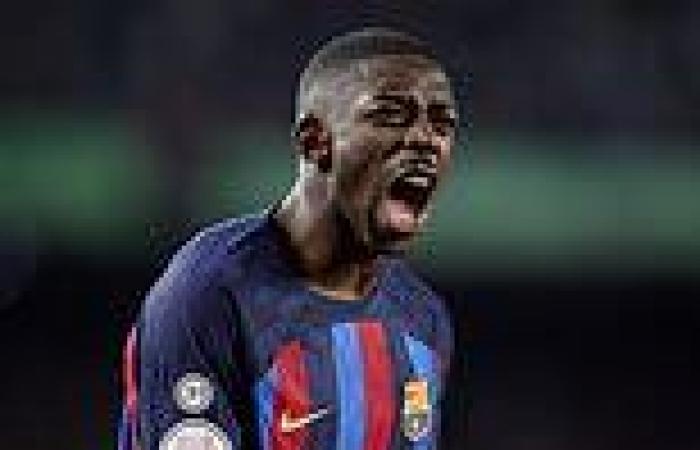 Barcelona 1-0 Real Sociedad: Ousmane Dembele's second-half strike is the difference as Xavi's side book their place in the Copa del Rey semi-finals after Brais Mendez was sent off for the visitors Winger Ousmane Dembele netted in the 52nd minute to give Barcelona the lead  The goal came after Brais Mendez was sent off for Real Sociedad in the first-half Dembele's goal sends Barcelona through to the semi-finals of the Copa del Rey

By Pete Jenson At The Nou Camp

Ousmane Dembele ran Real Sociedad ragged at the Camp Nou and sent Barcelona into the Spanish Cup semi-finals with a brilliant second half goal.

Xavi's team were helped by miss of the season from Real Sociedad striker Alexander Sorloth, and by Brais Mendes’ foolish first half sending off. But with the Basques standing firm in defence despite the numerical disadvantage some magic was still required and the France winger provided it.

When Dembele is really on form, he’s off the scale unplayable. 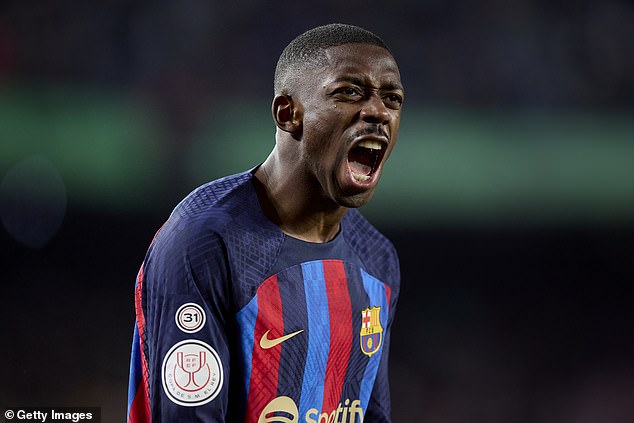 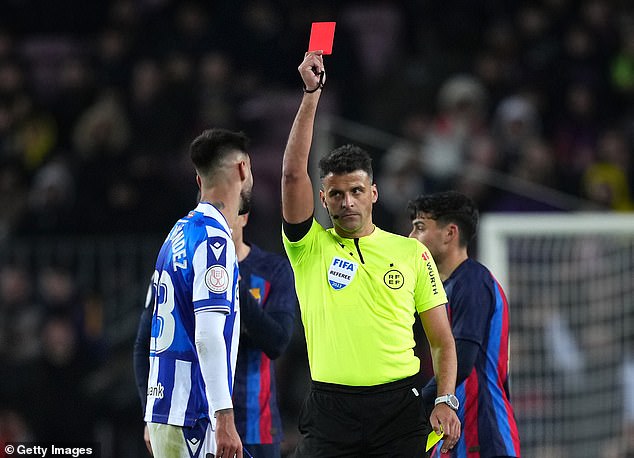 He has none of the goalscoring reliability or consistency of another of Barça’s flying Frenchman, Thierry Henry, but he has even more va-va-voom and when he sprinted clear of the Real Sociedad defence seven minutes into the second half to lash the ball past Alex Remiro it was enough to make even his biggest critics forget the lapses of concentration and misplaced passes that sometimes litter his game.

Kounde’s ball over the top sent him 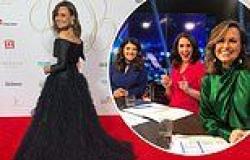 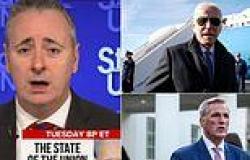 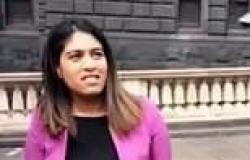 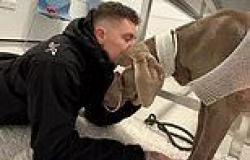