Thanks, Elon! Astronomers' fury as Musk's train of 19 SpaceX satellites wrecks the view of their telescopes SpaceX's Satellites are starting to hinder astronomers' view of the sky Almost 20 obscured images from experts at Cerro Tololo telescope in Chile SpaceX wants to eventually launch more than 40,000 satellites into orbit Amazon and UK-based company One Web are also pursuing similar plans

SpaceX's early-stage plan to fill the skies with thousands of mini internet satellites is already wreaking havoc on astronomical research.

According to astronomers at the Cerro Tololo Inter-American Observatory in Chile, nearly 20 satellites operated as part of SpaceX's Starlink program recently streamed across the sky, disrupting the experts' exposure and obscuring the final images.

'Wow!! I am in shock!! The huge amount of Starlink satellites crossed our skies tonight a [Cerro Tololo],' tweeted one of the observatory's astronomers, Clarae Martínez-Vázquez.

'Our DECam exposure was heavily affected by 19 of them! The train of Starlink satellites lasted for over 5 minutes!! Rather depressing… This is not cool!' 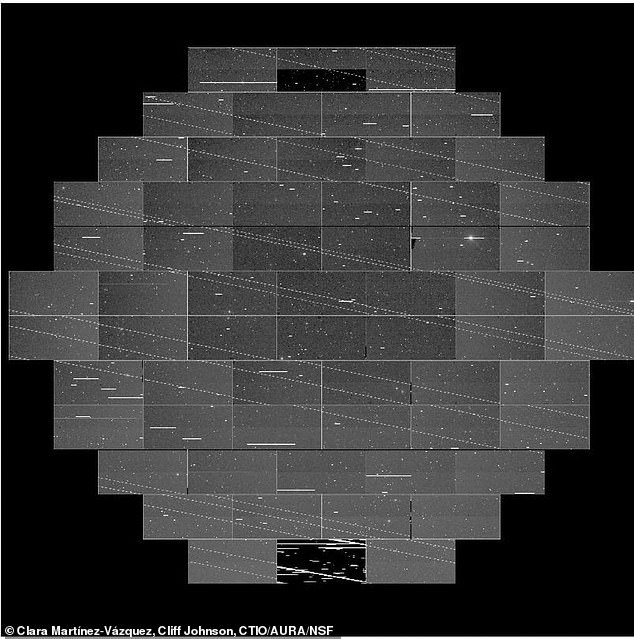 An image from one astronomer, Cliff Johnson, shows how SpaceX's satellites streaked across the night sky and obscured their view of distant galaxies

Businesses would have to introduce anti-terror measures to keep public safe ...