TCL unveils a premium 5G phone priced under $500 at CES and teases novel folding display with THREE separate hinges TCL dove head first into mobile phones, unveiling thee new devices  The flagship TCL 10 5G will be one of the first 5G phones under $500  A new foldable phone can bend its OLED display in three places The folding device has yet to be named or slated for release

TCL will plow forward with plans to popularize its own company-branded smart phones, including a novel folding phone with three separate hinges.

The Chinese company, which is mostly known for selling capable TVs, announced its intentions at the Consumer Electronics Show on Monday, detailing a new line of phones called the TCL 10 Pro, TCL 10L, and TCL 10 5G.

While the company has long manufactured devices for other companies, including Blackberry, this will be among the first phones released under its own name. 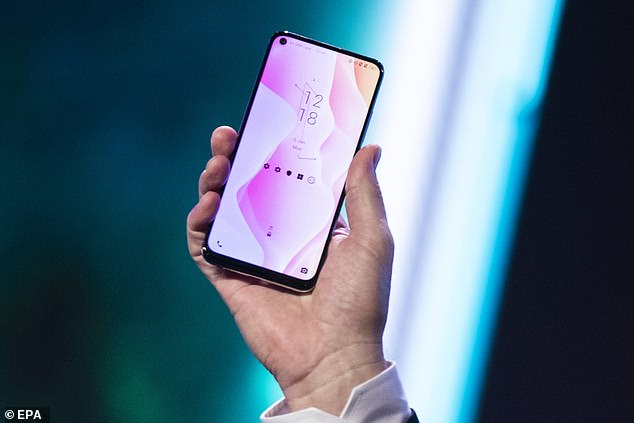 TCL says It will boast an in-screen fingerprint reader and a 3.5 mm headphone jack.

All three of the phones will be released in February starting in Barcelona, Spain and will use customized version of the Android operating system.

The phones will all have a rear-mounted camera array that with four sensors aligned in a horizontal formation.

Displays on each of its new devices will use TCL-made displays and employ NXTVISION visual technology - a proprietary display optimization and camera technology, that ‘enriches color, clarity and contrast enhancement in real-time.’

Other than its 5G phone costing less than $500, TCL didn’t elaborate on

sport news HOT OR NOT: Oli McBurnie's antics likely offended those who don't attend many ...