Meet Ballie: Samsung unveils tiny wheeled robot that follows users around and acts as their personal AI assistant and companion Samsung introduced a tiny new robotic assistant called Ballie at the Consumer Electronics Show in Las Vegas The wheeled assistant will help operate  an owner's smart home Samsung says that users can employ the device to patrol their home and keep them safe, and as a fitness assistant that gently nudges users to keep moving  Ballie will complement GEMS, a suite of fitness technology  The bot could even keep pets company while the owner is out of the house  But Samsung's supposed ‘Artificial Human’ called Neon was notably absent from the keynote address at CES

Samsung have unveiled a tiny robot assistant in the shape of a ball, which can roll around and help patrol a users home - and even act as a fitness buddy.

The tech giant unveiled ‘Ballie’  during one of two keynotes at the Consumer Electronics Show in Las Vegas. 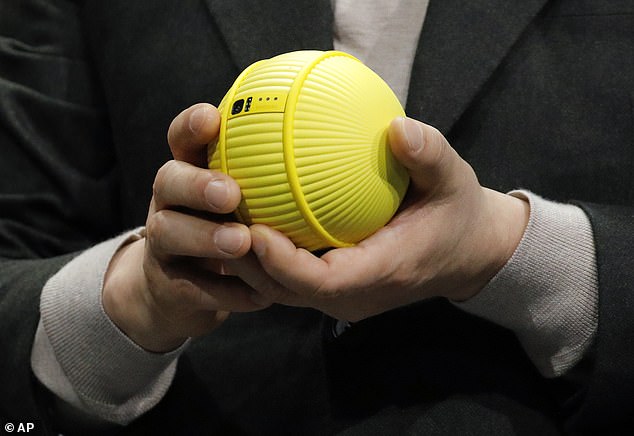 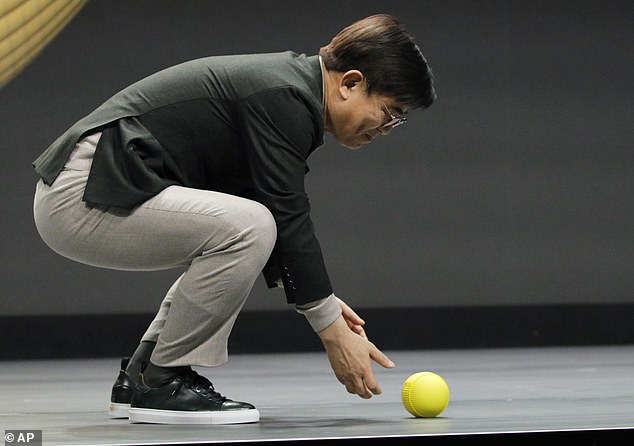 When Kim stepped forward, Ballie reacted by wheeling itself further back; when Kim began to increase his pace, Ballie sped up.

‘I think he likes me,’ Kim said turning to the crowd.

Ballie is also voice-activated. Kim was able to call the device to attention by uttering ‘Say hello, Ballie.’

Samsung says that users can employ the device to patrol their home and keep them safe, and as a fitness assistant that gently nudges users to keep moving.