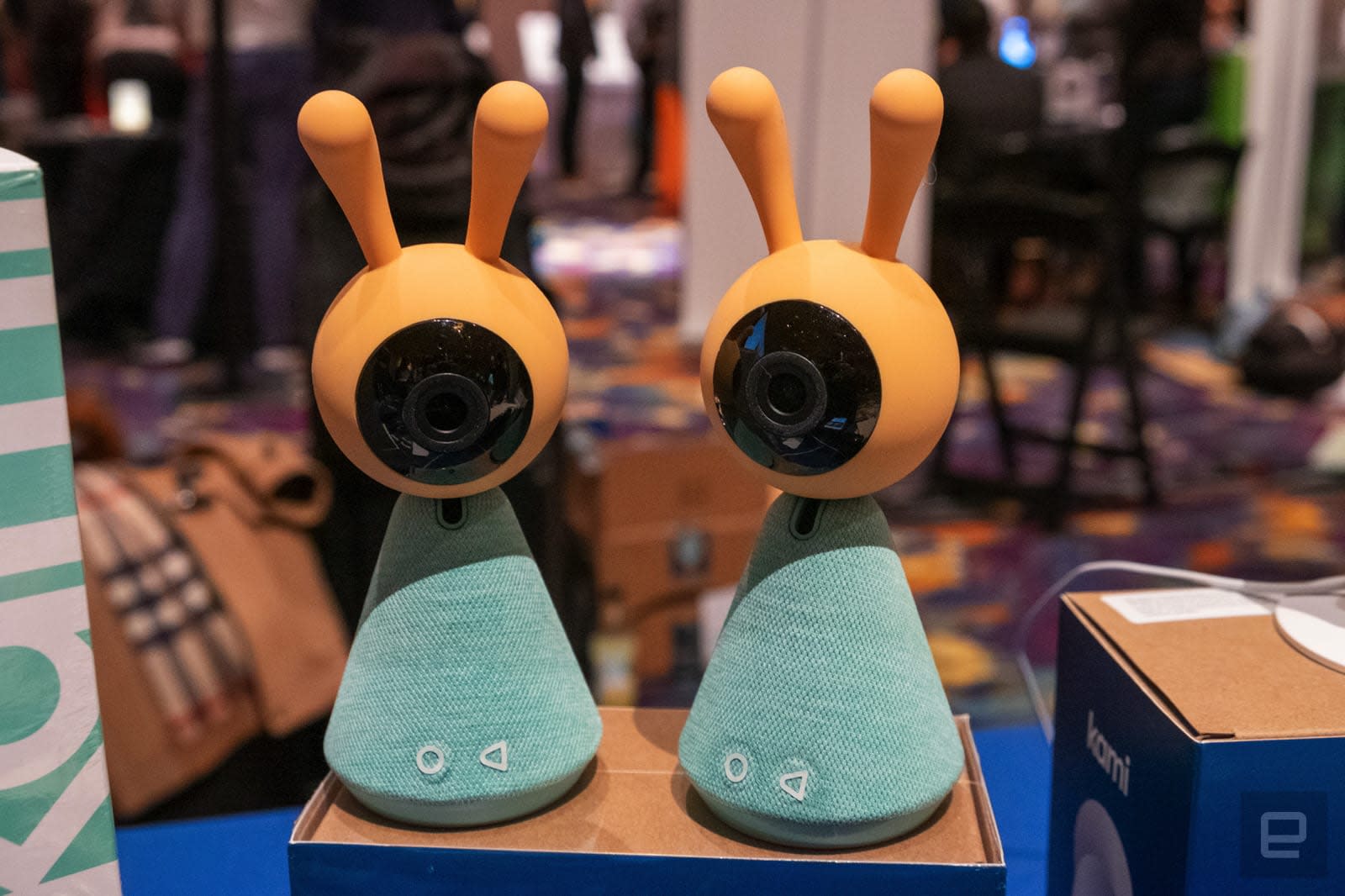 KamiBaby is a small, cone-shaped speaker topped with a camera lens wrapped in bunny ears. It's adorable, but hiding behind the facade of cuteness is some serious AI computing that not only allows parents to monitor and speak to their baby, but also watch their little one's chest rise and fall. Most baby monitors don't offer the resolution or detail to show actual breathing, but KamiBaby magnifies the motions of baby's chest, giving parents peace of mind.

There's no need to strap extra Accessories to your kiddo for the camera to read their breathing. Instead, KamiBaby relies on Edge AI and neural networks to pick up and visually amplify the subtle motions.

KamiBaby raised more than $62,000 on Indiegogo, and the monitor will start shipping in March. It's available for pre-order via Indiegogo at a 50 percent discount -- right now, it's $99, but the retail version will cost $199.

PREV Technology Execs tell Congress how they've been burned by tech giants in a rare public ...
NEXT Technology The FBI and Apple are poised for another battle over unlocking iPhones