Muslim and Jewish communities are conflicted over the creation of a plant-based meat substitute called 'Impossible Pork'.

The product has no traces of pig in it at all - an animal banned from being eaten in both communities due to religious teachings - but people are torn over the product.

Some believe the lack of any animal material makes it fine for consumption, while others believe it is legitimising a banned product and should not be permitted.

The US-based firm behind the creation, unveiled at CES in Las Vegas, has hopes to become Kosher and Halal certified, a contentious topic for some.

The plant-based sausage is paired with the more traditional egg and cheese.

Despite being meat-free the Burger King product is not suitable for vegans or vegetarians as it is cooked on the same grill as the regular meat patties. 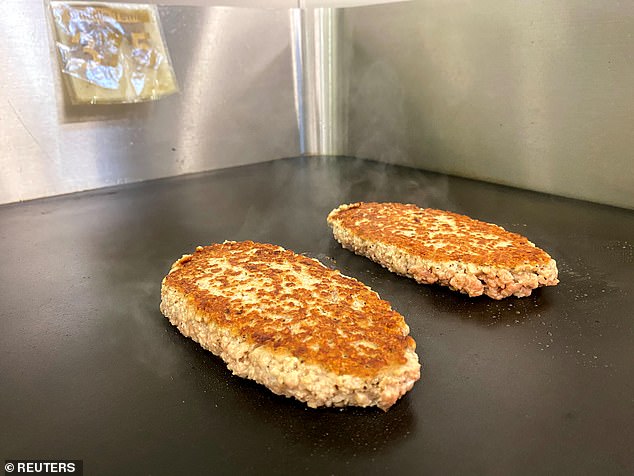 A plant-based Impossible Pork patty is cooked at the Impossible Foods headquarters in Silicon Valley, in San Francisco. Muslim and Jewish communities are conflicted over the creation of the plant-based meat substitute 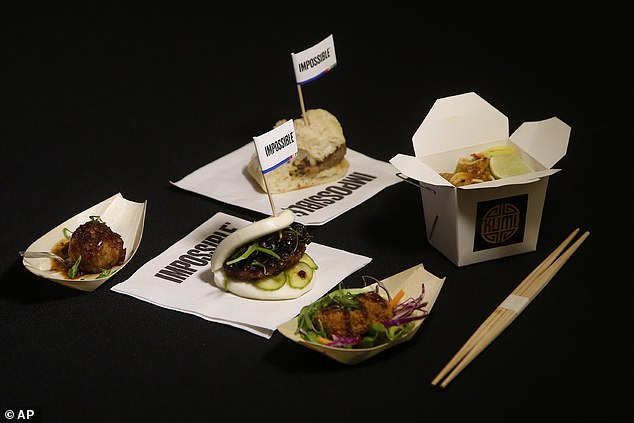 A variety of Impossible Pork dishes from Impossible Foods, the California plant-based meat company, including 'pork' buns and 'pork' meatballs. The US-based firm behind the creation, unveiled at CES in Las Vegas, has hopes to become Kosher and Halal certified

WHAT IS IMPOSSIBLE PORK?

Impossible Food's pork and sausage are made from soy but mimic the taste and texture of ground meat.

Impossible Foods only recently began selling its burgers in grocery stores, although they're available at