Robin and blackbird numbers in the UK plummeted in 2019, as the hot summer dried out the earth and made it harder for the birds to find insects and worms to eat.

The results also revealed that 2019 had an early breeding season — possibly in thanks to the record-breaking February temperatures.

In warmer springs, birds are known to lay their eggs earlier in order to have their young hatch when the insects on which they feed are at their most abundant. 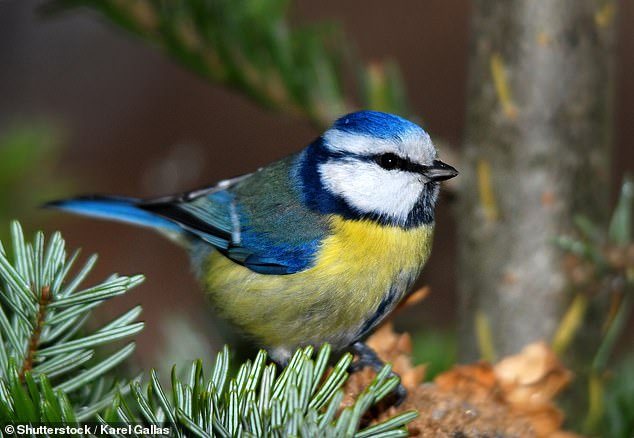 Robin and blackbird numbers in the UK plummeted in 2019, as the hot summer dried out the earth and made it harder for the birds to find insects and worms to eat. In contrast, species which eat insects living in trees — like tits, one of which is pictured — thrived

WHAT IS BIRD RINGING? 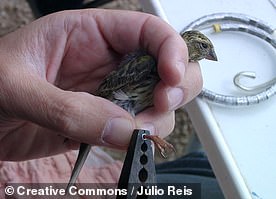 Pictured, a bird is ringed

Bird ringing is a method that allows individual birds to be identified.

It involves the attachment of a metal ring — or band — to a bird's foot.

This tag usually carries an identification number and an address of the bird ringer who attached it.

Each band is designed to be light and have no negative effect on the birds.

The British Trust for Ornithology has been ringing birds since 1983. 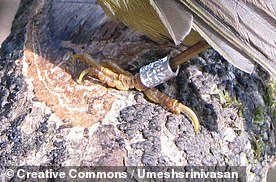 Pictured, close up of a tag on a bird's foot

The most successful birds last year appear to have been the tits — with numbers of blue, great and long-tailed tits starting and ending the breeding season strong.

The good start to the year followed an excellent breeding season in 2018 — and many of the tits encountered by the trust's bird ringers last year were noted to have been juveniles that were nesting for the very first time.

Volunteers monitoring nests also found that each breeding pair also produced a higher-than-average number of chicks — a finding that could potentially herald a similarly successful 2020 for the tits.

Much may depend on the weather this winter — while such has been relatively mild to date, the recent wet conditions can be challenging, especially for younger and less experienced birds.