Beethoven was able to hear out of his left ear when he composed his final masterpiece expert claims, despite widely held belief that he was deaf by 44 Ludwig van Beethoven continued to write music despite suffering from tinnitus He could ‘could still hear something’ in 1824 , three years before his death at 56  The legendary pianist composed Ninth Symphony while suffering with it  Professor Albrecht found 23 references to hearing in Beethoven's notebooks  The revelation will send everyone 'scurrying to revise biographical concepts'

By Jim Norton for the Daily Mail

He was believed to have composed his final masterpiece while completely deaf. But an expert claims Ludwig van Beethoven could in fact hear out of his left ear.

Theodore Albrecht says contemporary evidence contradicts the widely held opinion that the composer was profoundly deaf by the age of 44.

Instead, the professor of musicology says scribbled-down conversations from Beethoven’s later years suggest he ‘could still hear something’ in 1824 – three years before his death aged 56. 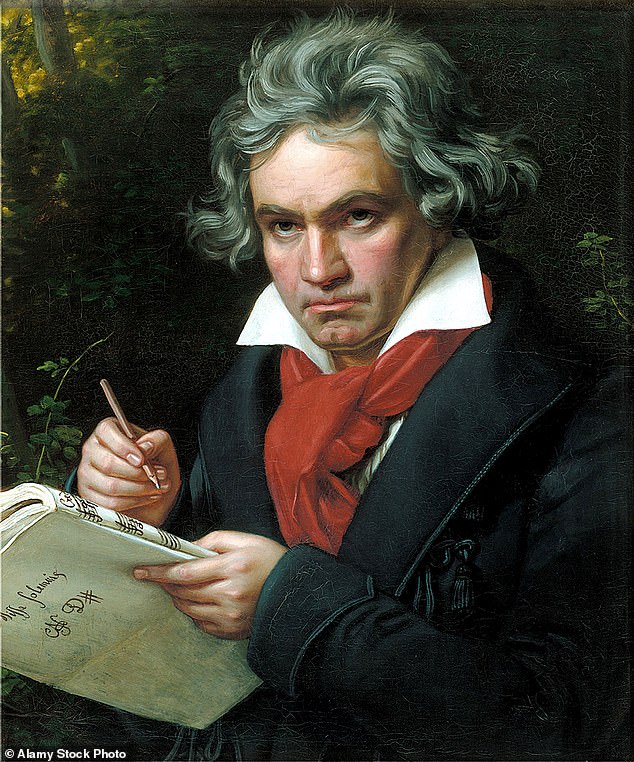 Genius: Beethoven suffered from tinnitus. By 1798 his hearing was still going despite the common thought that he was totally deaf by the age of 44 in 1814, according to Theodore Albrecht

Professor Albrecht, from Kent State University in the US, told The Observer: ‘This is going to send everybody scurrying to revise biographical concepts.’

Beethoven established himself as a virtuoso pianist in his twenties and composed his first symphony aged 31. But by 1798 his