The graphics, released by the US Air Force and manufacturer Northrop Grumman, show the B-21 Raider concept inserted into a photo of a hangar at Dyess, Air Force Base, Texas.

The long-range stealth bomber is expected to come into service in 2025 and will be capable of delivering conventional and theromonuclear weapons.

The new aircraft will be able to drop thermonuclear bombs on surface targets with greater precision while avoiding detection. 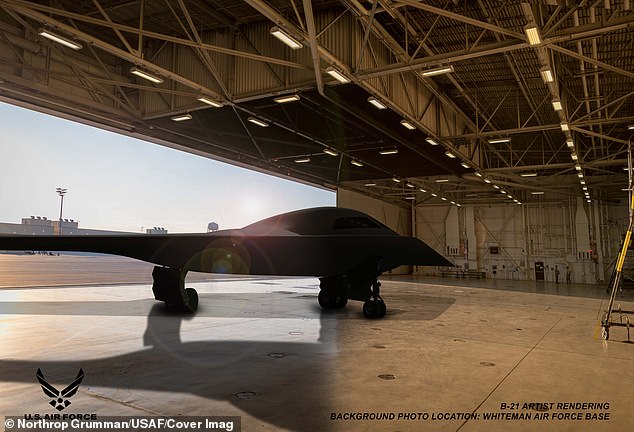 Artist rendering of a B-21 Raider concept in a hangar at Whiteman, Air Force Base, Missouri, one of the future bases to host the new airframe

‘The B-21 Raider will be capable of penetrating the toughest defenses to deliver precision strikes anywhere in the world, playing a vital role in America’s national security,’ said Northrop Grumman.

B-21 Raider ‘will support America's defense strategy by forming the backbone of the Air Force's future strike and deterrent capabilities’, according to the US Secretary of Defense.

The W-shaped aircraft will complement existing Rockwell B-1 Lancer, Northrop Grumman B-2 Spirit, and Boeing B-52 Stratofortress bomber fleets in US service and eventually replace these bombers. 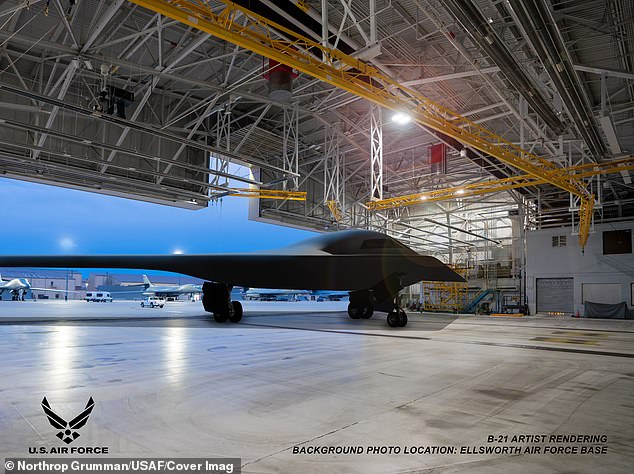 It will operate out of Dyess, Air

PREV Waking up to the harsh 'beeping' of an alarm clock can make you MORE groggy ...
NEXT Technology How to stop police from asking for videos from your Amazon Ring doorbell