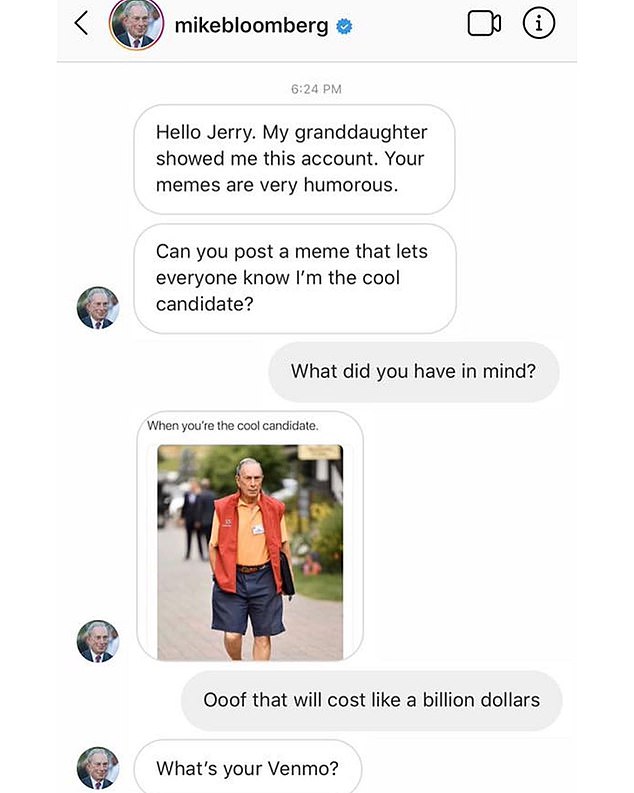 Facebook said branded content that promotes a political candidate and is posted by influnecers on its platforms won't be subject to ad regulations unless the post is boosted. Pictured is a paid meme from US presidential candidate and former New York City Mayor, Mike Bloomberg. The image was posted to the popular meme account @F***Jerry

Also among the accounts posting Bloomberg content, is @Kalesalad which is owned by Buzzfeed employee, Samir Mezrahi.

The outlet, which disclosed Mezrahi's connection with @Kalesalad and the sponsored political content in its coverage of Facebook's policy, allows non-new employees to profit from their own social media presence according to its own report.

According to Facebook, the platform's ad guidelines surrounding sponsored political posts will apply, but only if the post in question is promoted by the influencer through the platform's in-house paid promotion feature.

Those posts will have to be clearly labeled as ads and will be filed in its ad library, they say.