The Kepler mission has spotted thousands of exoplanets since 2014, with 30 planets less than twice the size of Earth now known to orbit within the habitable zones of their stars.

Launched from Cape Canaveral on March 7th 2009, the Kepler telescope has helped in the search for planets outside of the solar system.

It captured its last ever image on September 25 2018 and ran out of fuel five days later.

In total, Kepler has found around 5,000 unconfirmed 'candidate' exoplanets, with a further 2,500 'confirmed' exoplanets that scientists have since shown to be real.

Kepler is currently on the 'K2' mission to discover more exoplanets.

These wheels control direction and altitude of the spacecraft and help point it in the right direction.

While the planet has found thousands of exoplanets during its eight-year mission, five in particular have stuck out. 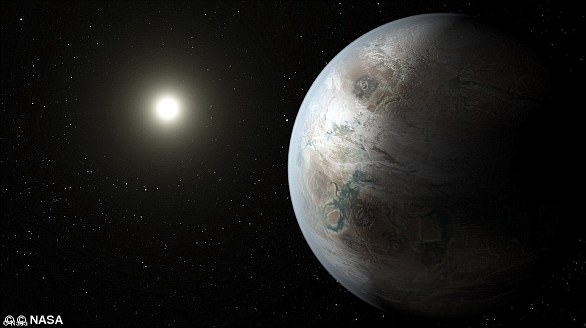 Kepler-452b, dubbed 'Earth 2.0', shares many characteristics with our planet despite sitting 1,400 light years away. It was found by Nasa's Kepler telescope in 2014

In 2014 the telescope made one of its biggest discoveries when it spotted exoplanet Kepler-452b, dubbed 'Earth 2.0'.

The object shares many characteristics with our planet despite sitting 1,400 light years away.

It has a similar size orbit to Earth, receives roughly the same amount of sun light and has same length of year.

Experts still aren't sure whether the planet hosts life, but say if plants were transferred there, they would likely survive.

Kepler found a planet that orbits two stars, known as a binary star system, in 2011.

The system, known as Kepler-16b, is roughly

'Social life is pretty much non-existent': How loneliness is affecting people ...

Live: Hundreds of Australians still stuck on cruise ships being monitored by ...