The UK’s attempt to break the world land speed record could be canned due to a lack of funding.

The Gloucestershire-based developers claim the Bloodhound car could reach 1,000mph once all development work is finished.

At such a speed, the vehicle would theoretically reach Aberdeen from London in less than half an hour if travelling in a straight line.

It’s powered by a Rolls-Royce EJ200 Eurofighter Typhoon jet engine and a rocket engine from a provider that's worked with the European Space Agency.

It also features solid aluminium wheels designed to withstand the stresses of travelling at supersonic speeds – the speed of sound.

However, the project needs an additional £8 million to attempt a new supersonic world land speed record in the relatively cool southern hemisphere winter of 2021. 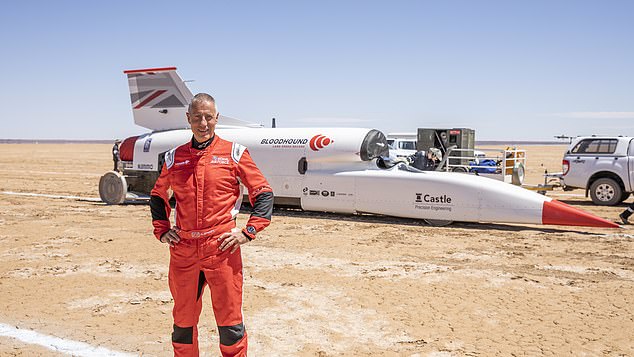 Andy Green in front of the Bloodhound car. Green will be driving the Bloodhound in 2021 and attempting to beat his own land speed record - if the project secures the necessary funding

If the car completes all development work, it would run on a specially-made 1.5-mile-long race track on Hakskeen Pan, a dried lakebed in South Africa.

‘The clock is ticking to raise the necessary investment to re-group the team and crack on with the rocket programme and other car upgrades in time to hit our 2021 deadlines,’ said Bloodhound CEO and entrepreneur Ian Warhurst.

‘If we miss our cool weather window in July and August, temperatures in the Kalahari will make running a rocket untenable next year.

‘The project remains dormant whilst we try to secure the funding but at a cost of tens of thousands per month of overheads, and the threat that we miss the weather window next year, we cannot remain dormant for long.'

Bloodhound says it must secure the multi-million-pound sum by the end of this month to complete development of the car.

This will includes work on a monopropellant rocket, electric oxidiser pump, fuel system upgrades, braking mechanisms and winglets on the tail fin. 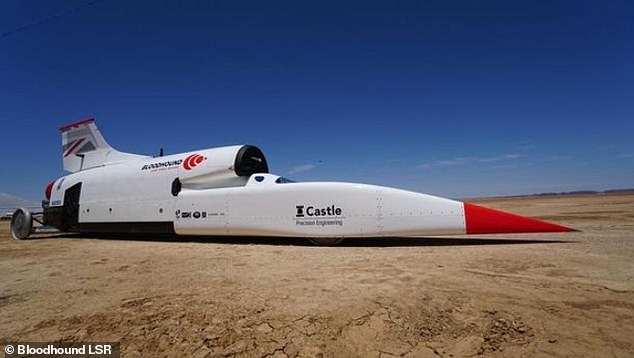 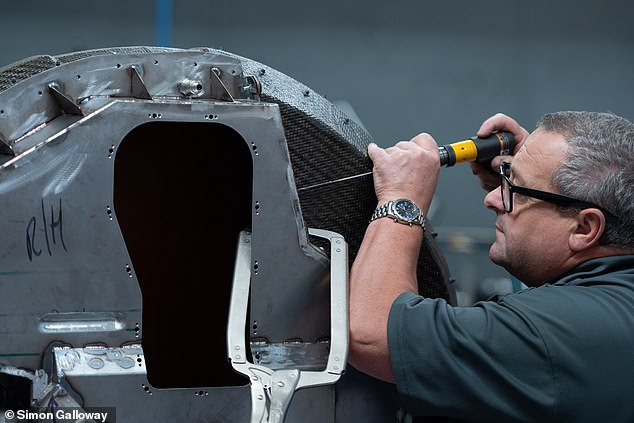 The car has already reached speeds of 628mph in the Kalahari Desert and is believed to be capable of up to 1,000mph.

In order to reach speeds above 800mph, Bloodhound will need another rocket to run in addition to the EJ200 jet engine from Rolls Royce, which will be provided by Norwegian rocket specialist Nammo.

Speed: The car will attempt to beat the 763mph land speed record next year. It is hoped it could one day reach 1,000mph

Elvis Presley: Graceland extends shut down with one DEVASTATING addition ...

Car, bus and train use plummets across UK as road traffic falls to a quarter of ...