And in these times of social distancing and WFH, a console that can work without your TV (with a headphone port) is a blessing for every household.

Animal Crossing: New Horizons is the best game in the series yet. It streamlines many of the clunky aspects from earlier games and gives players plenty of motivation to keep shaping their island community. As you'd expect, it also looks better than any previous entry, giving you even more motivation to fill up your virtual home and closet. The sound design reaches ASMR levels of brain-tingling comfort. And yes, it certainly helps that New Horizons is an incredibly soothing escape from reality when we're all stuck at home in the midst of a global pandemic. 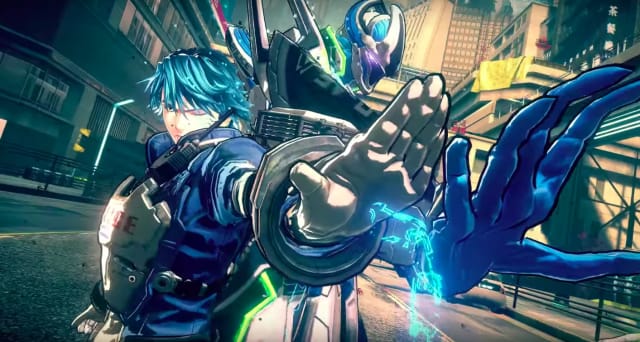 I was on the fence about Astral Chain from the day the first trailer came out until a good few hours into my playthrough. It all felt a little too generic, almost a paint-by-numbers rendition of an action game. I needn't have been so worried, as it's one of the more original titles to come from PlatinumGames, the developer behind the Bayonetta series, in recent years.

In a future where the world is under constant attack from creatures that exist on another plane of existence, you play as an officer in a special force that deals with this threat. The game's gimmick is that you can tame these creatures to become Legions that you use in combat. Encounters play out with you controlling both your character and the Legion simultaneously to deal with waves of mobs and larger, more challenging enemies. As well as for combat, you'll use your Legion(s) to solve crimes and traverse environments.

Astral Chain sticks closely to a loop of detective work, platforming puzzles and combat -- a little too closely, if I'm being critical -- with the game split into cases that serve as chapters. The story starts off well enough but quickly devolves into a mashup of various anime tropes, including twists and arcs ripped straight from some very famous shows and films, but the minute-to-minute gameplay is enough to keep you engaged through the 20-hour or so main campaign and into the fairly significant end-game content.

Does Astral Chain reach the heights of Nier: Automata? No, not at all, but its combat and environments can often surpass that game, which all-told is probably my favorite of this generation. Often available for under $50 these days, it's well worth your time. 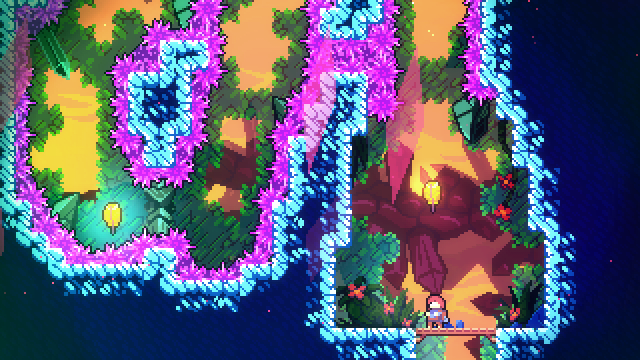 Celeste is a lot of things. It's a great platformer, but it's also a puzzle game. It's extremely punishing, but it's also very accessible. It puts gameplay above everything, but it has a great story. It's a beautiful, moving and memorable contradiction of a game, created by Matt Makes Games, the indie studio behind the excellent Towerfall. So, Celeste is worth picking up no matter what platform you own, but its room-based levels and clear 2D artwork make it a fantastic game to play on the Switch when on the go. 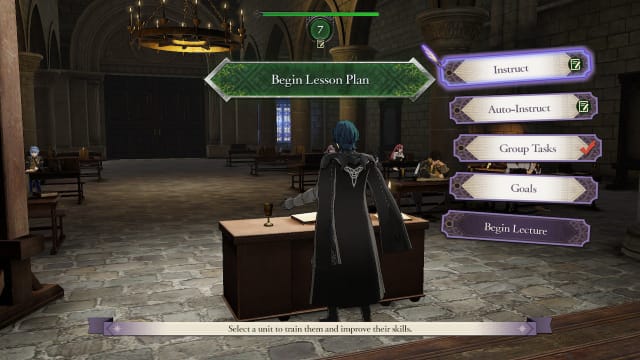 Fire Emblem: Three Houses is one hell of a game. Developer Intelligent Systems made a lot of tweaks to its formula for the series' first outing on the Nintendo Switch, and the result of those changes is a game that marries Fire Emblem's dual personalities in a meaningful and satisfying way. You'll spend half your time as a master tactician, commanding troops around varied and enjoyable battlefields. The other half? You'll be teaching students and building relationships as a professor at the finest school in the land.

Legend of Zelda: BREATH OF THE WILD 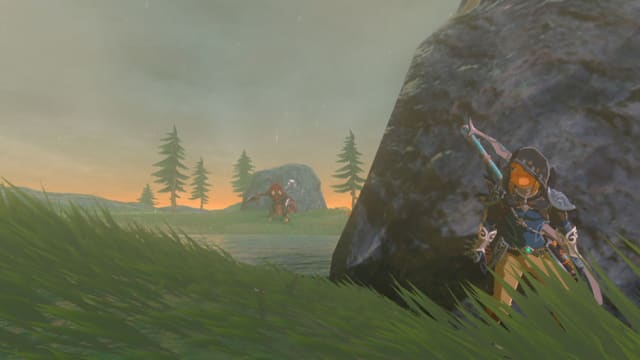 The Legend of Zelda: BOTW signals the biggest shift in the series since the Nintendo 64's Ocarina of Time, and it might well be one of the best games of the past decade. It pulls the long-running series into modern gaming, with a perfectly pitched difficulty curve and an incredible open world to play with. There's crafting, weapons that degrade, almost too much to collect and do and a gentle story hidden away for players to discover for themselves. Even without the entertaining DLC add-ons, there's simply so much to do here and challenges for every level of gamer.

The Legend of Zelda: Link's Awakening 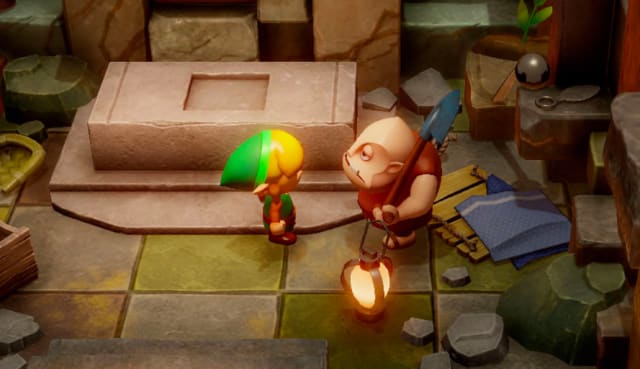 If BREATH OF THE WILD shows The Legend of Zelda at its most ambitious and expansive, Link's Awakening takes things back to the where the series started, in all its top-down glory. It's a completely faithful remake of the 1993 Game Boy classic, but the graphics and sound have been brought into the present, and a few quality-of-life tweaks have been made to smooth things out.

The visual style is charming and unique to the series; the combination of small, toy-like characters and tilt-shift perspective makes the game look unlike any other Zelda. Despite its age, the puzzles can be challenging without making you tear your hair out. It's perhaps the best game you could pick to introduce a kid to the Zelda series, but it's also a nostalgic trip worth taking for those who played the original in all its monochrome glory. 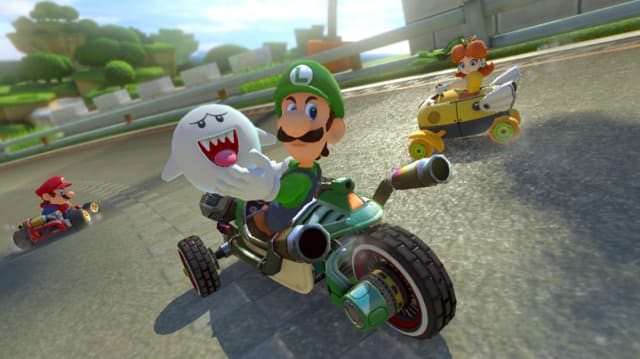 Mario Kart 8 Deluxe's vibrancy and attention to detail prove it's a valid upgrade to the Wii U original. Characters are animated and endearing as they race around, and Nintendo's made bigger, wider tracks to accommodate up to 12 racers. This edition of Mario Kart included gravity-defying hover tires and automatic gliders for when you soar off ramps, making races even more visually thrilling, but at its core, it's Mario Kart -- simple, pure gaming fun. It's also a great showcase for the multitude of playing modes that the Switch is capable of: Two-player split-screen anywhere is possible, as are online races or Switch-on-Switch chaos. For now, this is the definitive edition. 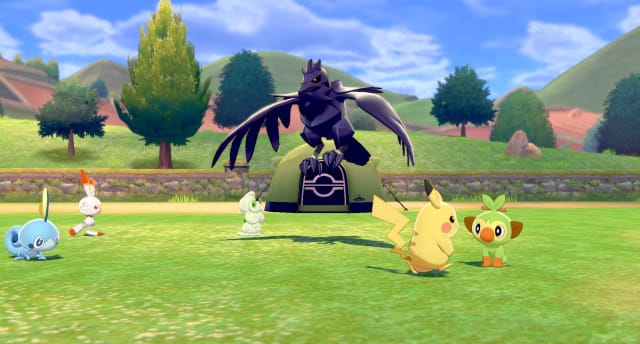 Pokémon Sword and Shield launched mired in controversy, as fans bemoaned the lack of monsters, the "recycled" character models and general performance issues. To a large portion of gamers, though, it appears that didn't matter. It quickly became the fastest-selling game in the history of the Switch, and garnered largely positive reviews from media, including yours truly.

It's true that Sword and Shield has issues, but the core loop of catching Pokémon, battling trainers and working your way towards becoming the best trainer in the land, is as compelling as ever. It might not represent the reset the series (in my opinion) needs, but the main campaign is still a damned good way to spend 30 hours or so, and its endgame and online content offerings will only improve with time. 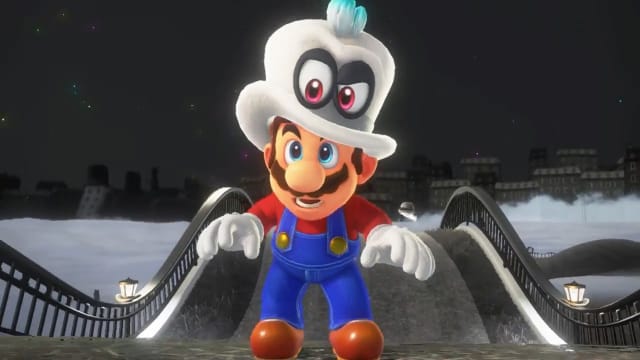 Super Mario Odyssey might not represent the major change that BREATH OF THE WILD was for the Zelda series, Instead, we got a great Mario game that's been refined across the last two decades. Yes, we got some important modern improvements, like maps and fast travel, and the power-stealing Cappy is a truly fun addition to Mario's usual tricks. But that core joy of Mario, figuring out the puzzles, racing to collect items and exploring landmarks, is here in abundance. 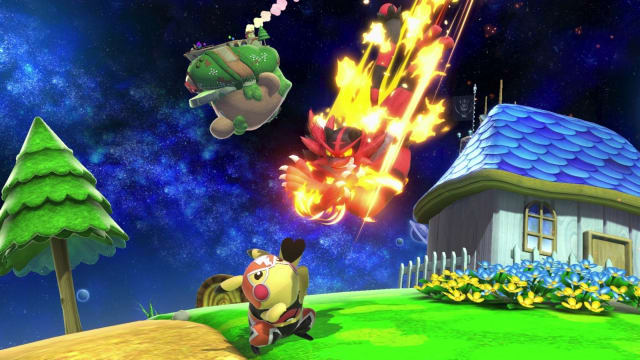 This is the ultimate distillation of Nintendo's multiplayer fighting game. The series' debut on Switch brings even more characters from beyond Nintendo's stable. If you're sick of Mario, Pikachu and Metroid's Samus, perhaps Final Fantasy VII's Cloud, Solid Snake or Bayonetta will be your new go-to character. There are over 60 characters to test out here.

Super Smash Bros. Ultimate features a divisive new single-player mode where you augment characters with stickers, battling through special conditions to unlock more characters and, yes, more stickers. At its core, Smash Bros. games combine fast-paced, chaotic fights with an incredibly beginner-friendly learning curve. Yes, some items are confusing or over-powered, but your special moves are only a two-button combination away. Turning the tables is built into the DNA of Super Smash Bros. Ultimate, ensuring thrilling battles (once you've sorted handicaps) for everyone involved.