By Corinna Burton For Mailonline

Star Wars fans rejoice! In honour of Star Wars Day (May the fourth be with you), Disney+ UK is bringing balance to the force by adding Rise of Skywalker to its vast library.

Directed by JJ Abrams, Star Wars: The Rise of Skywalker, which stars Adam Driver as Kylo Ren and Daisy Ridley as Rey, brings the heroic struggle to restore peace and freedom to the galaxy to an epic, resounding conclusion.

The thrilling final chapter of the Skywalker saga, will begin streaming two months early on Disney+, and will be the first time ever that Star Wars fans can stream the complete saga in one place. 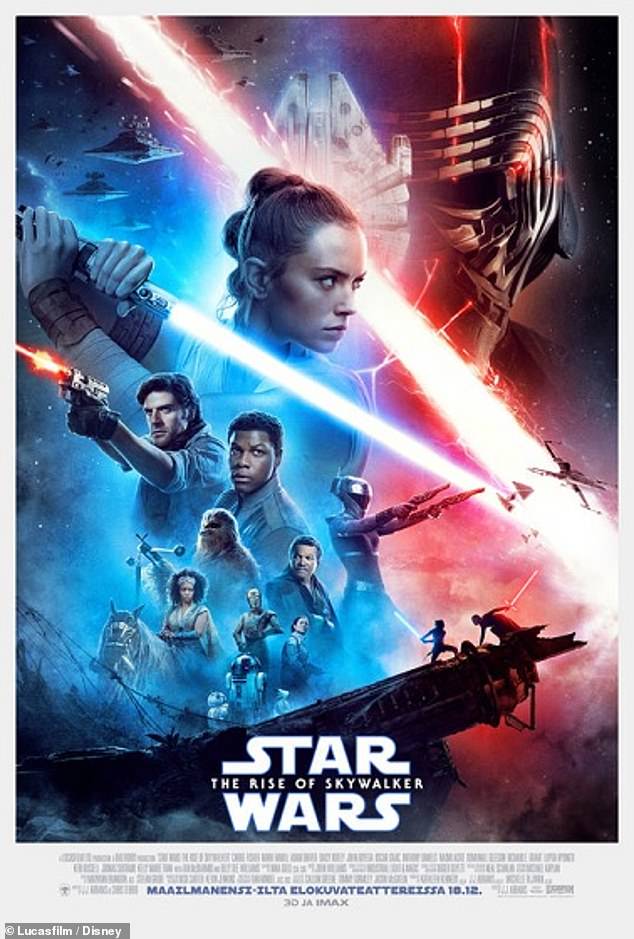 Star Wars: The Rise of Skywalker will begin streaming on Disney Plus on May 4, 2020

What began in 1977 with George Lucas' groundbreaking cult film Star Wars: A New Hope, the epic nine-part saga is available to stream in full on Disney+, including additional Star Wars movies and series such as The Mandalorian, Star