People who have caught COVID-19 and recovered from the disease could be encouraged to rejoin the general public to provide 'shield immunity'.

The reintroduction of recovered coronavirus patients would, in theory, help reduce the rate of transmission of SARS-CoV-2, the virus which causes COVID-19.

Researchers from Georgia Institute of Technology say the immunity of the recovered patients would help to slow the spread of the contagion.

Ushering out more recovered patients would ensure most interactions include an immune person, which makes it impossible for the virus to propagate.

This so-called 'shield immunity' strategy could help quash the R0 — the amount of people an infected person passed the virus on to — and could be used in conjunction with existing precautions, such as social distancing, contact tracing and self-isolation.

Immune individuals could play a key role in getting society back to a normal level of functionality while also helping fight the pandemic, scientists claim.

Shield immunity is a different concept to herd immunity and is designed to reduce interactions that would pass on the virus. 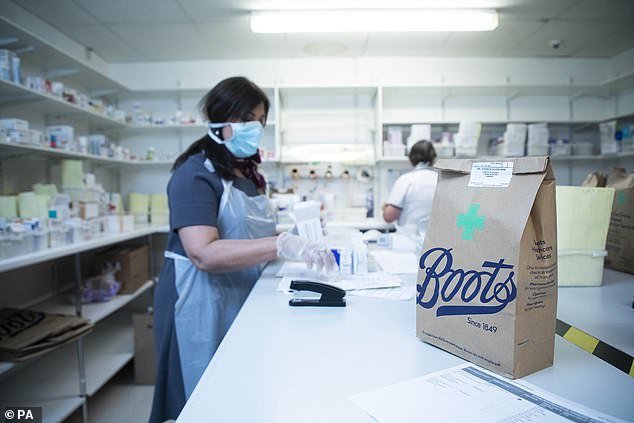 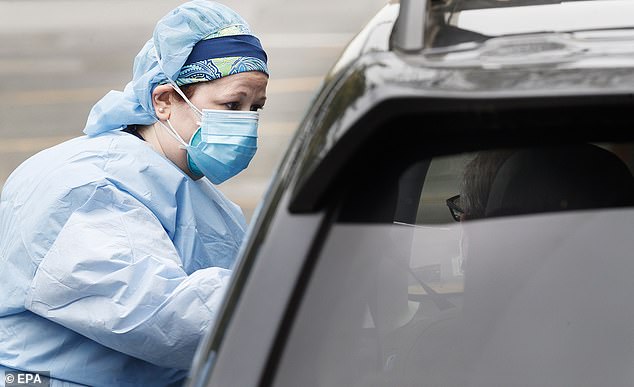 The reintroduction of the recovered coronavirus patients would, in theory, help reduce the rate of transmission of SARS-CoV-2, the virus which causes COVID-19. Researchers from Georgia Institute of Technology say the immunity of the recovered patients could be utilised to slow the spread of the contagion

The study's findings are based on a trove of assumptions, which scientists are currently unable to guarantee.

For example, the study is only valid if recovered people are absolutely virus negative, produce antibodies to defend them against SARS-CoV-2, and are able to interact safely with both susceptible and infectious people.

It also relies on immunity lasting for more than a year and 100 per cent accurate antibody testing kits being available to all. Currently, scientists are unable to guarantee any of these things.

Scientists modified an existing piece of modelling software to see what would happen if uninfected people were replaced in society with immune individuals.

Two forms of shielding were tested, intermediate and advanced, according to the study.

In the high-transmission scenario, 71,000 deaths were predicted if the R0 was not altered. However, this dropped to 58,000 and 20,000 deaths under intermediate and advanced shielding, respectively.

Is the goal of vaccination programmes

Requires majority of the population to be infected at some point

The likelihood is very slim as the virus spread is halted

Is used to help quash the R0 of a disease

Works with only a small percentage of people infected

Recovered people are immune, unable to contract the disease again or pass it on 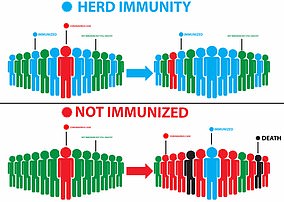 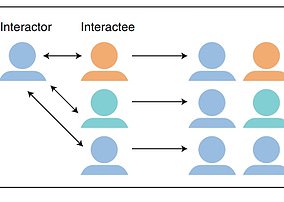 The difference between herd immunity (left) and shield immunity (right). Shield immunity refers to using those with immunity to act as a buffer and ensure the vulnerable and infected are protected. Herd immunity occurs at a later date and requires far more people to catch the virus for it to take effect

In the low-transmission scenario, the predicted death toll was 50,000 and this dropped to 34,000 and 8,400 when shielding was implemented.

Values for the R0 vary wildly, but it is believed the UK's current R0 is around 0.7.

Shield immunity refers to using those with immunity to act as a buffer and ensure the vulnerable and infected are protected.

'The objective of a shield immunity strategy is to help to sustain the interactions necessary for the functioning of essential goods and services while reducing the probability of transmission', the researchers write in their study.

Herd immunity occurs at a later date and requires far more people to catch the virus for it to take effect.

It is an effective 'safety in numbers' approach which occurs when so many people already have immunity to the disease that it effectively stops spreading.

Professor Joshua Weit, who led the study, explained on

This thread will take a few steps, and begins with a premise:

Testing for viral shedding (via PCR) is critical and we need more of it (far more), but it's not enough.

Instead, we need to implement targeted and large-scale serological surveys to test for antibodies...

: 'Unlike herd immunity (which would lead to disastrous consequences given the severity of COVID-19), the intent of shield immunity is to dilute transmissable interactions intentionally through elevating interactions with recovered, rather than depletion of susceptibles.'  sonos sonos One (Gen 2) - Voice Controlled Smart Speaker with Amazon Alexa Built-in - Black read more 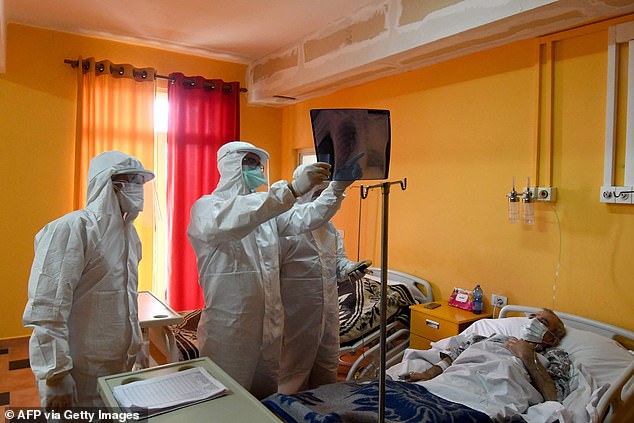 Antibody tests could tell recovered, and therefore immune, COVID-19 patients and this would give them the all-clear to resume roles in society. these test would need to be 100 per cent accurate, which is currently not a possibility 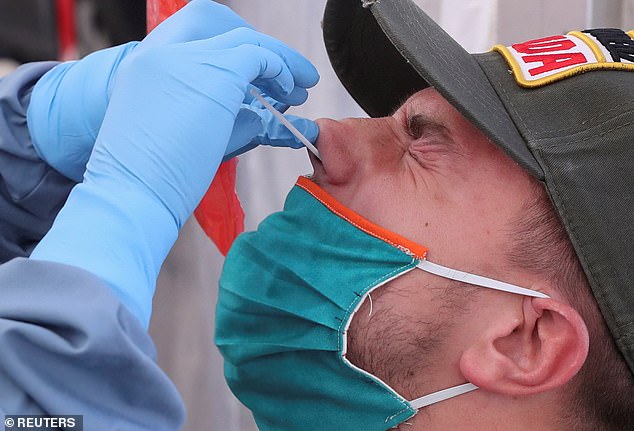 Scientists modified an existing piece of modelling software to see what would happen if uninfected people were replaced in society with immune individuals. They found utilising the shield immunity strategy could save tens

Christopher Nolan reveals he blew up real Boeing 747 for action sequence in ...