DNA tests reveal Australian wineries have been mislabeling an expensive type of grape for DECADES French agriculture authority tested Australian wines labeled as petit manseng Based on the grape's DNA, they discovered the wines were made from gros manseng grapes, a different but related variety The Australian government believes the issue was caused by the grapes having been mislabeled by a French important company in the 1970s

New DNA testing has revealed that a prized variety of grapes used to make a number of popular Australian wines has been mislabeled for decades.

The testing was done by the French National Institute of for Agriculture Research, which discovered that Australian wine labeled as 'petit manseng' actually comes from a related grape variety called 'gros manseng.'

According to Australia's Commonwealth Scientific and Industrial Research Organization (CISRO), there are currently between 15 and 20 growers in the country that have been unintentionally mislabeling these grapes. 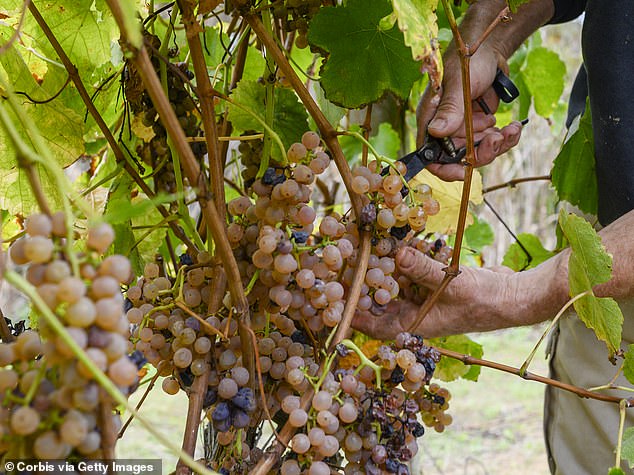 These growers will be allowed to continue using the petit manseng label for their current crop, but beginning with the next season, they'll be required to change over to gros manseng.

According the CISRO, the issue stems from the grapes having originally been mislabeled by a French supplier in 1979, when the grapes were first imported to Australia.